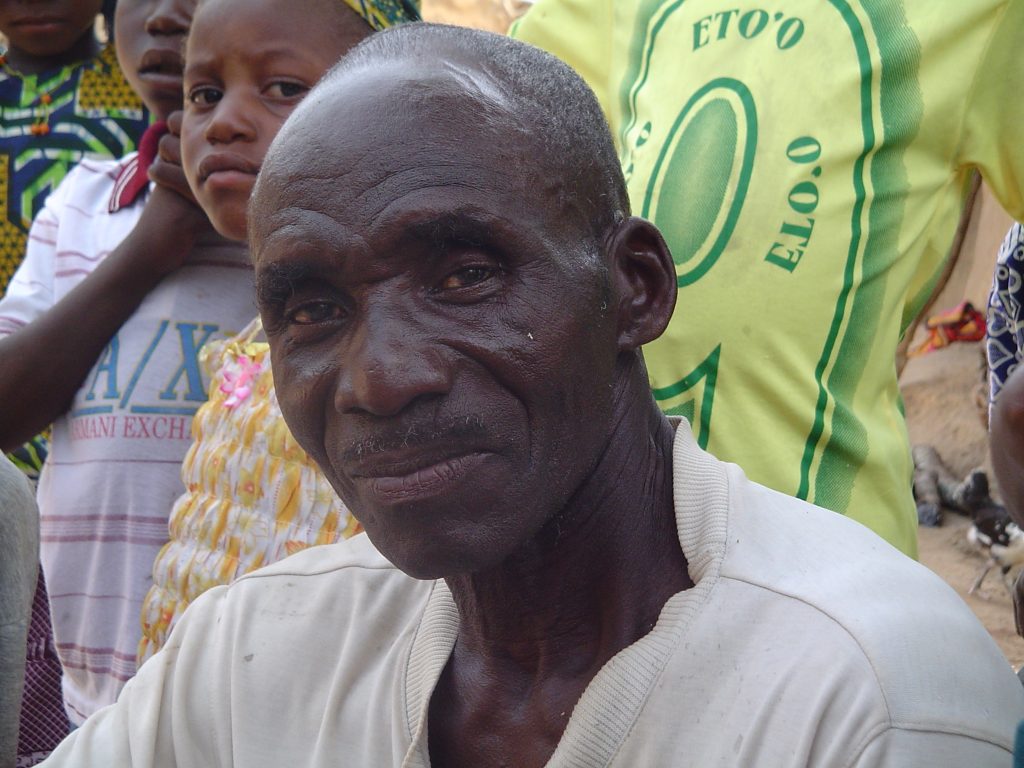 In the early 1990’s, after spending several years learning culture and language, Paul and Marina Briggs, along with their missionary partners, began to bring the Gospel to unreached Loron people. Sadly, a large section of the older generation refused to listen to the message of God’s love for them, and most of them died without Christ.

One man, however, was eager to hear the Good News, His name was Cakʋrɛ [cha-ko-ray].

Cakʋrɛ lived with his wives and children in a large village about six miles from where the New Tribes missionary team was located. Over many months, the missionaries travelled in the evenings to his little family homestead and, under a starlit African sky, presented a series of chronological Bible lessons to Cakʋrɛ and his family as they sat in a circle in their courtyard.

When the Gospel was presented, Cakʋrɛ and several members of his family put their trust in the Lord Jesus Christ for salvation.They were the first Loron people in the village to become Christians.

Cakʋrɛ was a reserved and unassuming man who enjoyed wide respect in his community. For many years there were no other Loron people in the village who became Christians, but gradually, through the quiet, humble witness and testimony of Cakʋrɛ and his family, more and more people trusted in Christ. Today there is a thriving church in the village, including his children and grandchildren, as well as many from other Loron families in the area.

Recently, Cakʋrɛ went to be with the Saviour that he loved and served. Thank the Lord for the life and work of this dear brother.

Continue to pray for the work of the Gospel among the Loron people.