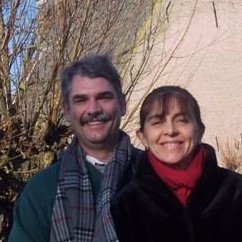 The NTM-Aviation team worked extra hard recently as a Civil Aviation Safety Authority (CASA) audit was planned for December. This is required in order to renew their Air Operator Certificate. Some of the manuals had to be rewritten to better fit NTM-Aviation’s current aircraft types and ways of operating. The team took a deep look at different things in the hangar to ensure NTMA is still working and flying safely.

In addition to all that extra work the mechanics had to keep up the maintenance of the airplanes. One of the Kodiaks is being repaired. The landing gear has had extra stress. It is hard to land on all kinds of tribal runways, with extra water and mud and sometimes pigs or dogs on the runway. They are waiting on parts to repair the plane. They are thankful for their team of mechanics.

They also had those medical evacuations and they always come unexpectedly so other tribal work/flights have to wait for their food or translation helpers or kids. There were a few appendicitis patients among other things. It is hard for NTM doctors to know when to call a medical evacuation and when it is not needed. A new doctor just joined the team. They are thankful.

The dentist has arrived at the mission base and Anne-Laure is the dentist assistant. After months of hard work preparing the dental clinic and getting some new equipment, (some of it was over 20 years old) the real work with the patients has now begun. There are still things that they would like to install but not all can be done at once.

Sheena Li has arrived from Canada and Hong Kong to be the mission base dentist for a few months. She is hoping to visit each year for some time to help us out. Anne-Laure is her assistant in training and they have lots of fun together.
They have about eight patients a day. There is also the care for the instruments, sterilisation and machine care.
The days are full and they start them with prayer.

Koen and Anne-Laure want to thank the Lord for their health. There are things here and there but the Lord is taking good care of them. They would like to ask you to pray with them for a family visit that they are hoping to do in March, DV.
Their son Josh (an NTMA pilot in PNG) and wife Erin are hoping to go to Belgium to show little Lucy Mae, who was born in November, to the family and to meet the other little ones. Koen and Anne-Laure’s kids are going to be all-together. It has been at least three years since the last time it happened.
They are praying and hoping that they also might be able to go to Belgium and see their kids all together. Josh and Erin are hoping to be there two weeks and then return to PNG.

Thank you for praying for us and for Koen and Anne-Laure.