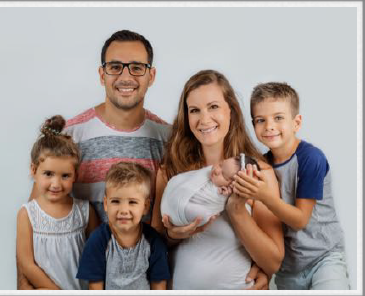 The Keller Family have been in Germany now for about four months; they are doing well and enjoying their home assignment time. Having their family, the church and their friends so close, is just simply amazing. Everything is “normal” again… they are able to drink water from the tap, everybody stands in-line and waits for his turn, and traffic is regulated.

Nora Eline was born in August. They are so thankful to God that everything went well, and for a healthy, super cute baby girl in their family.

Another exciting event was Levin’s first day of school. Up to now, they can say, that he is highly motivated, has a nice teacher, and has found quite a few friends in his class., for which they are very thankful.

Chloe has also been able to attend kindergarten with her cousin.

Lias is really enjoying the time in Germany too.

Tony and Lina’s co-workers the Bartrons, have been back in Asia-Pacific since April. Their house has been completed and they are ready to start with their language and culture studies in the Buket tribe. This will be a milestone for them as a team! Please pray for them as they will be on their own until the rest of the team return from home assignment.

Staying in touch with their team, regardless of the long distances – due to modern technology is a real blessing.

Tony plans to fly back in January to finish their house! Then they all plan to be back in Asia-Pacific in March.

They are also thankful that as a family, they were able to get into a daily routine in Germany, now they are a family of six.

Pray for their remaining time in Germany, that they will be able to organise all the invitations to speak in different churches etc.