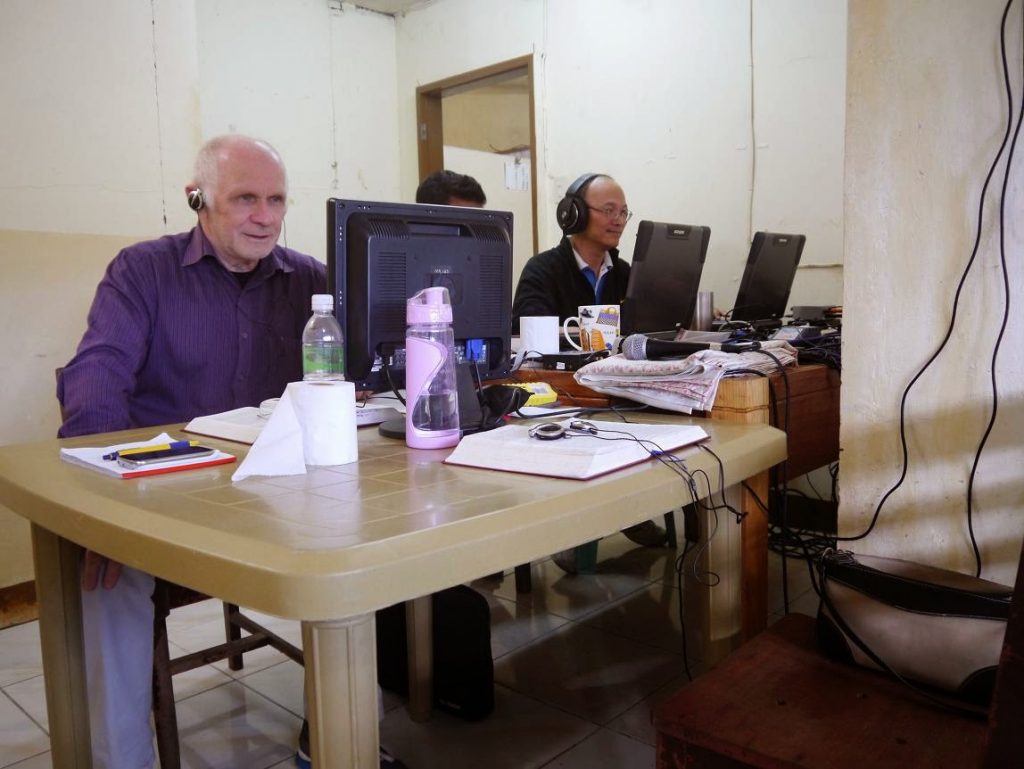 The organisation, Faith Comes by Hearing, offered to record the Kankana-ey NT and have it available to be downloaded in MP3 format. Faith Comes by hearing also provided the equipment and the men to operate it for eight weeks, rented the studio, paid the readers and provided the main meal each day!!
It thrills Ragnar and Elizabeth’s hearts to think that within the next four months the Kankana-ey will be able to join the crowd of people listening to God’s Word.
Ragnar was asked to be the Project Manager, which he was glad to do, knowing the end result would be so worth it. After finding a suitable place for the ‘studio’, giving it a thorough cleaning and choosing 25+ readers for the various Bible characters, they were ready to roll. Ragnar has been working for 10-12 hours each day for the last several weeks, reminding readers of their schedule, listening when they are reading to make sure there are no mistakes, double checking for accuracy and being the go-between for the Kankana-ey readers and the men with Faith Comes by Hearing.
Ragnar often returned home excited, saying it was sheer joy to see the reactions of the listeners who were checking the audios. Their eyes lit up and their expressions clearly showed their understanding. Sometimes they shed tears of joy; other times they placed their hands on their hearts, knowing that there were things in their lives that needed to change. Praise God for His Living Word!!
Now that the recording is finished, it will be sent to the USA where background music will be added as well as various sound effects (such as the storm when Jesus was in the boat with his disciples and the crowd throwing stones at Stephen’s death).
All of the readers were native speaking Kankana-ey. However, since there are a couple of ‘foreign’ speakers in the New Testament, like the Ethiopian Eunuch in Acts, Ragnar was asked to read these portions.
Ragnar and Elizabeth are thrilled about this undertaking and the idea that the audio Kankana-ey New Testament will soon be available. There are still many Kankana-ey who cannot read and to be able to listen to God’s Word will be a very special treat for them. On the other end of the spectrum, lots of Kankana-ey have moved to towns and have gotten used to MP3 players. So what could be better than being able to offer them a recording of the NT? Those who cannot read as well as those walking the streets or working in their gardens with earplugs will be able to listen to God’s Word. Ragnar and Elizabeth are so glad to have been involved in this project and can’t wait for the day when they can share with the Kankana-ey that they can now listen to God’s Word in their own language. Praise the Lord for this fantastic venture!!