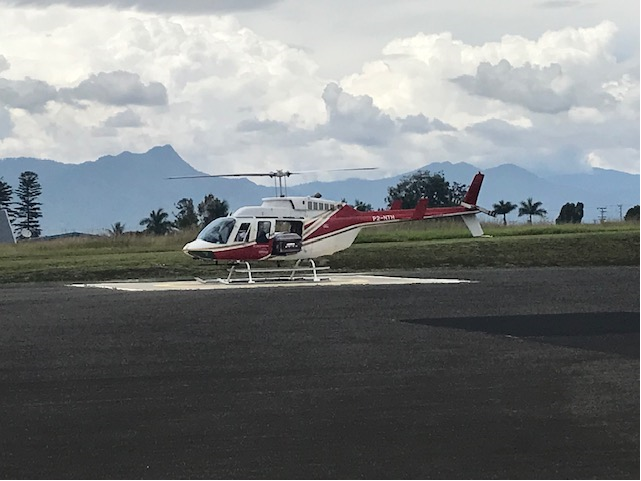 Koen and Anne-Laure Verdonck are thanking the Lord for the new pilots that have arrived in Papua New Guinea. One of those pilots just received his PNG flying license. He can now start his “Flying in PNG” training. Another pilot has obtained all his PNG licenses and is now allowed to fly with passengers. This process can take eight months.

Koen and Anne-Laure’s son Joshua, who is currently training in the USA, took another exam last week and he is now a licensed helicopter instructor. He had to study hard but he passed well.

Recently Koen took a week off from work. He was able to spend time fixing this, that and the other in their house. They do not have a good hardware store in the neighbourhood so that makes things more interesting.

Their washing machine is getting old after fifteen years. A broken machine was available on base and Koen took out the broken motherboard from it and ordered a new one. Hopefully they will be able to start using this machine in three or four weeks.

Koen and Anne-Laure are responsible for the mission Christmas service on Christmas Eve. They have had to put in a request to the government to see if they can celebrate Christmas together. For over six months anyone not part of the organising of a service has needed to watch from home. Please would you pray that they are given permission to do a Christmas service together.

They are very thankful that they are doing well and appreciate you praying for them.