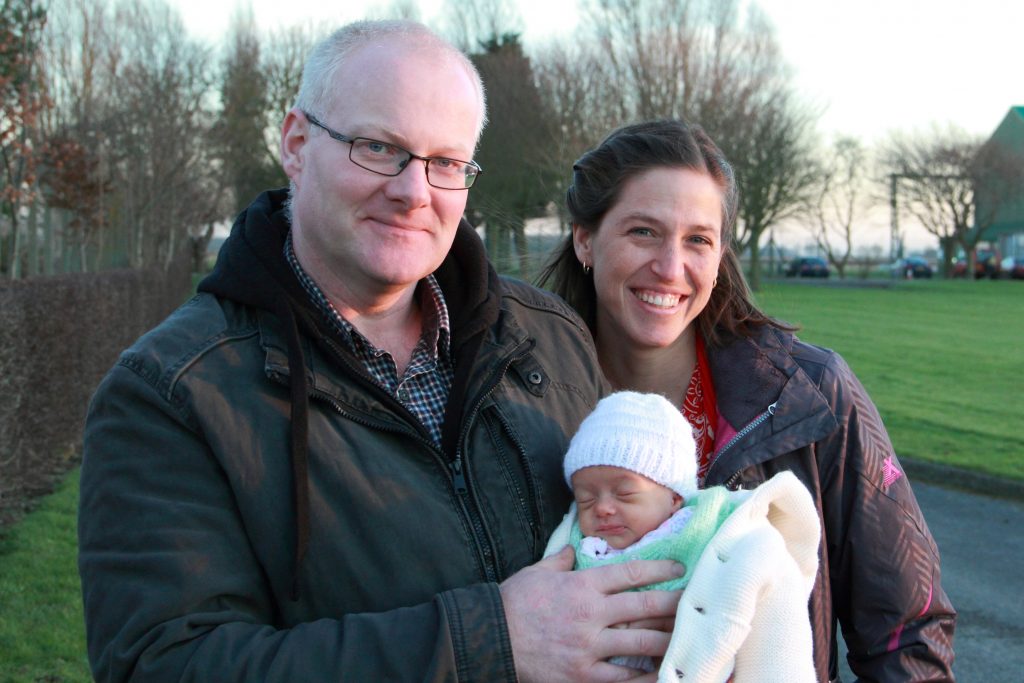 Spring has sprung; the daffodils are nearly out; it’s an exciting time of the year. Life is starting, and after a long winter, the grass is finally greening up. For Geoff, that means time to get the mowers up and running. It’s also pretty amazing to think that this was all spoken into existence.
It has been a very busy couple of months for Geoff and Dar Gail with little Gracie to keep them out of mischief. She is doing very well and growing – she hit 8.5lbs last week. Geoff and Dar Gail are still amazed she is here but at the same time so thankful to God for the privilege of this little one.
Life has not stopped for Geoff and Dar Gail; they have had lots happening with visits from family and a couple conferences. At the last minute Geoff was needed to drive the mini-bus for the conference in the Lake District and God gave safety on the roads. The conference itself went very well, and the choir did a great job. Geoff and Dar Gail were both involved with the REACH conference. Besides set-up and tear-down, Geoff manned a stand talking about support work and helped demonstrate packing the pod of an airplane. Dar Gail helped with the bookshop and choir and while she was singing and conducting Geoff had the privilege of looking after wee Gracie.
Dar Gail has started back to the office for just a few hours a day now to help out as one of her colleagues is off sick.
Work wise for Geoff it has been a fun and destructive winter. Maybe not the kind of fun everyone would like, though, as he has spent a large percentage of the winter with his head stuck down manholes trying to figure out where the sewage and rain water goes on campus. As it is an old MOD site there are no maps of the underground works which can be frustrating when there is a blockage in the system. Finding where a complete system goes and to see blocked drains flowing free gives Geoff great job satisfaction!
The destruction side of winter was when Geoff with his work detail guys took up redundant concrete slabs from around the campus – most of which were left from before NTM owned the site; when heat was pumped around through over ground pipes. These concrete pads were just high enough to catch on the mowers; so hopefully life will be a lot easier cutting the grass this year.
Geoff and Dar Gail are planning to be in N. Ireland for a week over Easter, and then Dar Gail and Gracie are off to the USA for 10 days the end of April so that everyone over there can see wee Gracie. Pray that Grace’s passport will arrive on time.