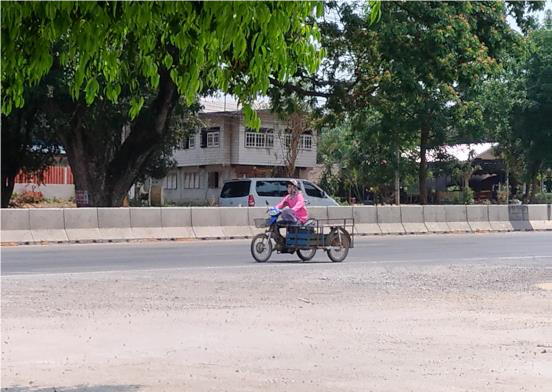 Dorothy thought that the media meetings would help her with the DVD’s she hopes to make in Isaan and was blessed by attending English-speaking services.

Since the meetings were going to be the week between Palm Sunday and Easter, it almost seemed like “an answer to prayer”! EMDC (Euroasia Media Development & Communications) happens only every other year  in Southeast Asia and the other year in Holland.

The number of people attending was overwhelming. Over 750 people attended and 190 different organisations from over 60 countries. Every day there was so much ‘good stuff’. Dorothy believes it was God’s plan that she was able to go and make some contacts there that will help her in the future. To attend these meetings one has to be invited, so it was not a chance thing at all. Dorothy was able to attend an English Palm Sunday service, Good Friday evening service, Easter sunrise Service and another Easter morning service – what a treat!

Dorothy’s vehicle broke down on the highway, however she was close enough to a garage to get a quick tow job, but the work that needed to be done meant that she had to stay in the city for an extra few days.

Later this month, Dororthy plans to meet up with some potential singers and writers. And hopes to have some exciting news about the music project soon.