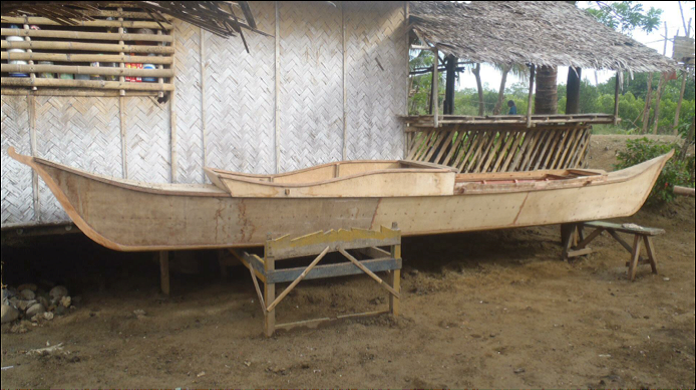 Before they started the work on Agutayan Philip and Vina leRoux and family had so many questions. It seemed like there was a mountain in front of them.
God not only delivered and fulfilled all His promises but has blessed Philip and Vina leRoux and family beyond their dreams.
They did not make the decision to move to the island of Agutayan because they thought it was going to be fun but because they are so convinced of the power of the Gospel.
When Typhoon Yolanda came over the top of them they experienced strong winds, so strong that Philip was hanging onto the roof for six hours. Their house was flooded., but amazingly the Lord protected everyone on the island and the small islands surrounding them.
The next morning whilst walking through the island they were amazed by the devastation. Trees were lying everywhere. Not one of the many bamboo houses were hit by a tree or any debris. All the houses were either partially damaged or completely destroyed but no one life was taken.
Phillip and Vina were able to raise funds for projects like, rebuilding of all the houses on the island, supplying food to everyone that lost everything. They flew seaweed from Manila by helicopter to the seaweed farmers to replant the seaweed that they lost. They built twenty boats for fishermen that lost their boats. Within four months they were back to where they were before the typhoon. Those four months felt like a waste of time to Phillip as he could have been busy with language learning. Again it was not Philip’s plans that were important; God used it not only to show His love and provision but He was busy laying foundations for them before they started teaching.
Language learning has been going well and Philip has several language helpers and has built great relationships with them. He has also made good friendships in the city too.
During Typhoon Yolanda they realised the importance of an airstrip. They had placed this project on hold for a long time but now feel before the Lord it is time to give attention to it.
Please pray with them for this project. It will take a long time but will be worth it for their future on the island as well as their ministry.
Pray for the leRoux’s as the family serves among the Agutayan people.