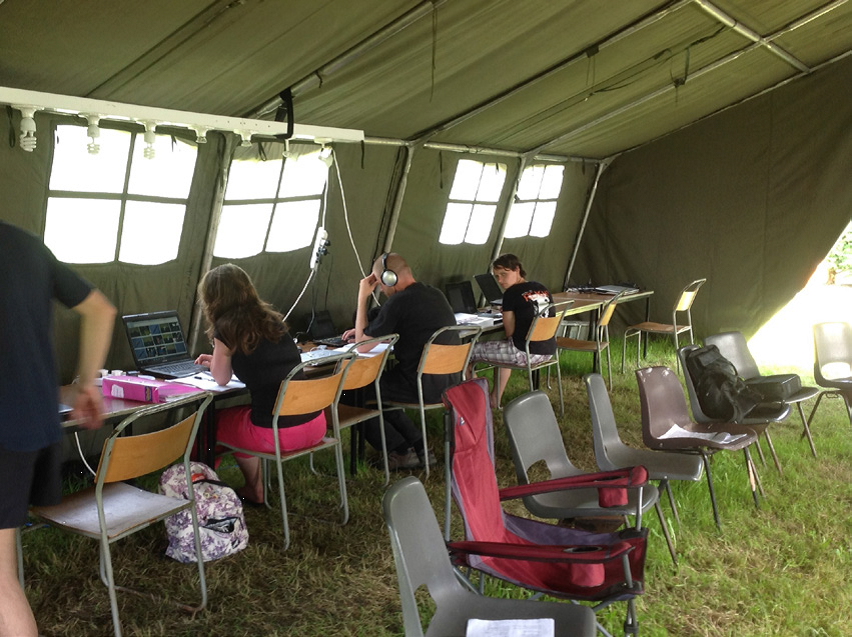 The students in the “mission’s course” are living in tents for five weeks. It is an opportunity for them to learn to live without all the mod-cons of today’s world. At the same time they have to dedicate eight hours a day to learning a foreign language, putting into practice many of the techniques they have been taught over the past year. They have no internet or running water, no electricity except in the meeting tent and their mail is delivered to them just once a week. Each tent has a two ringed gas burner and there are two homemade, wood-burning ovens on-site to share between the sixteen students. They are only allowed visitors on one weekend, apart from the language helpers and some of the staff, including Jonathan. In fact, there are no trips to the store for the students during the five weeks and they are not allowed to receive food parcels. They had to take almost all their food with them but recently they had the opportunity to go to an open market in Grimsby and later on there will be an “African market” set up for them where they can barter for items. Jonathan has really enjoyed being involved with the teaching and helping out.
Jack is doing well and has his last GCSE exam next week. That same week he has three “taster days” to attend. Once his exams are all over, Jack is going to spend a week in Norwich with his Grandma Willcock, doing some odd jobs for her. While he is gone, Jonathan and Rachel will be busy with another week long Pre-Field-Orientation course, which they are putting on for twelve young people who are going as short term overseas missionaries. Along with others, they will be teaching about culture shock, safety, medical and financial matters, keeping in touch, what to take to the mission field etc.