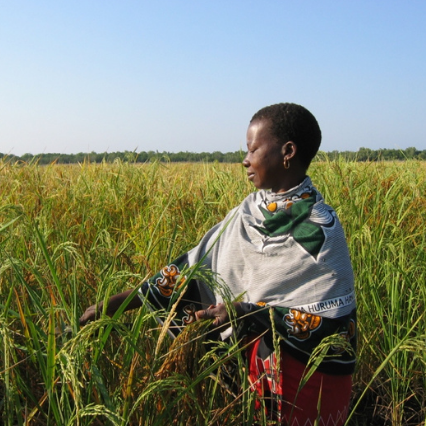 Phil Henderson made it safely back to Mozambique nearly three weeks ago and has been busy ever since battling back the wild that has taken over their home. The grass roof was no match for three years of rains, the poles holding up the house have started to deteriorate and the black plastic that was supposed to protect the house was a mess. All this has had to be replaced. Termites had taken over several rooms in the house – constructing their red paths of dirt up the sides of the walls. The first night home, Phil heard an odd scratching noise coming from his mattress only to discover a family of mice had taken up residency there. They were quickly evicted and after a good “airing out” the mattress was repaired by the local upholsterer. Elin is glad that Phil went ahead of her and is cleaning it all up!

Even with all of the mess and uninvited guests, they are thankful that the door of ministry has once again opened up for them. Phil has been busy visiting the believers groups and hearing what God has been doing. Phil and his translation team have already translated the book of Philemon. This was not on the list, but several of the believers have begun taking distance courses through a Bible College several hours away. This was the next book they were going to study, so Phil and his team set out to provide it for them in their own heart language, not just Portuguese.

Elin’s visa was approved last week and she is busy getting ready to fly to Mozambique. She is excited to have the opportunity to stop meet with the heads of the nursing department for Mozambique to discuss how she can be a part of helping with the countries nursing programme. She is excited for this opportunity and looks forward to see what doors God opens.

Pray that God will use this time that Phil and Elin are in Mozambique to move things forward and to encourage and bless His church there and beyond.

• Their main focus is discipleship – they want to work with the leaders (as couples) that they have worked with previously, as well as get time with the various believers spread out over five groups

• They would like to see the outreaches that were going strong pre-COVID to be able to resume. They already have several open doors including several major religious leaders asking them to teach in their villages.

• Women’s ministry is Elin’s BIG passion. She will be working with several believing women, to create new ladies’ Bible studies for the year ahead – working through the different women of the Bible that they have already studied and create a study that will be practical and applicable. Elin also plans to do at least one health class with the women of the community.

• For Elin’s travel to Mozambique

• For their kids, Callie and Elias, to stay strong and healthy in their absence

• For strength as they step back into their ministry roles (For Elin this will be a new experience with her post-cancer body – she is not as strong as before, and asks the Lord to help her to be wise and careful)

• For wisdom as they meet with the believers, discern how things are going and seek to disciple and guide them forward

• For continued open doors among the Mwinika people

It has been quite the long journey home for Phil and Elin, but we are so thrilled to be returning. Through it all, they have seen the goodness of God imprinted all over the struggles and trials of the past three years. They have grown to trust Him and rely on Him in new ways, and they look forward to see how He will continue to use the lessons of the past three years for His glory and their good.