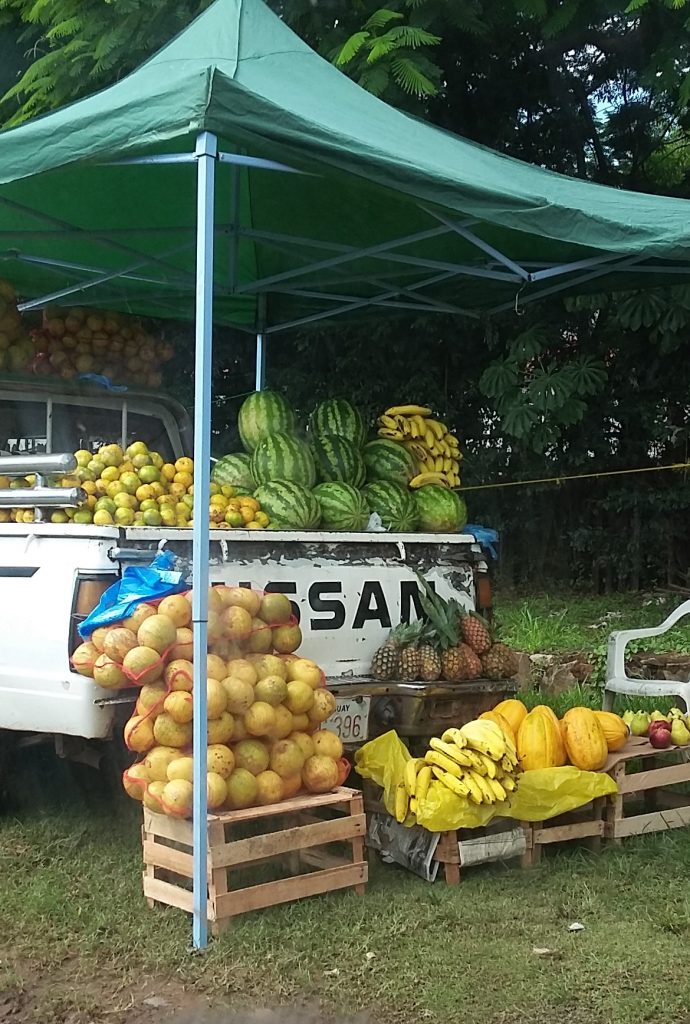 In order to buy fruit one needs to know a lot of language. If you don’t know what it’s called and how much you want you cannot buy it. That’s pretty much Erwin and Rita’s situation. Last week they started sessions with their language helper and they are excited to learn more in order to be able to communicate. So often they find themselves in situations where they would just love to chat with the people in church or in their neighbourhood, but they are limited to only a few words and phrases. Erwin and Rita are looking forward to being able to communicate with the people around them.
After two weeks in the guest house they moved into their new home. It is in the same block as their host family. Their host church is around 20 minutes away by car and they usually travel with their host family. Riding the bus is very common and cheap. Erwin and Rita have just started to use the buses and they love it. Pray for their host mum as she is still not fully recovered from recent surgery.
So far, the weather has been really hot. People say it is too hot for autumn in Paraguay. There were just a few days where it was under 30 degrees or raining.
Alongside learning the language and the culture of Paraguay, another important aspect is to develop relationships with the nationals; whether it is in church or in the neighbourhood. Their next door neighbour has been a great help to them so far. He helped Erwin with a call; which was the beginning of the relationship. Later that day and the next day, he invited Erwin to watch some European football in his home. Although Erwin enjoys watching football, most of the time they spend together they were busy trying to communicate with some English, Spanish, and Google Translator.
Erwin and Rita hope to develop a relationship with the whole family when their language ability increases. They even asked Erwin and Rita to take them to church one day when his wife doesn’t have to work.
Pray for Erwin and Rita and family as they continue to adjust and build relationships.