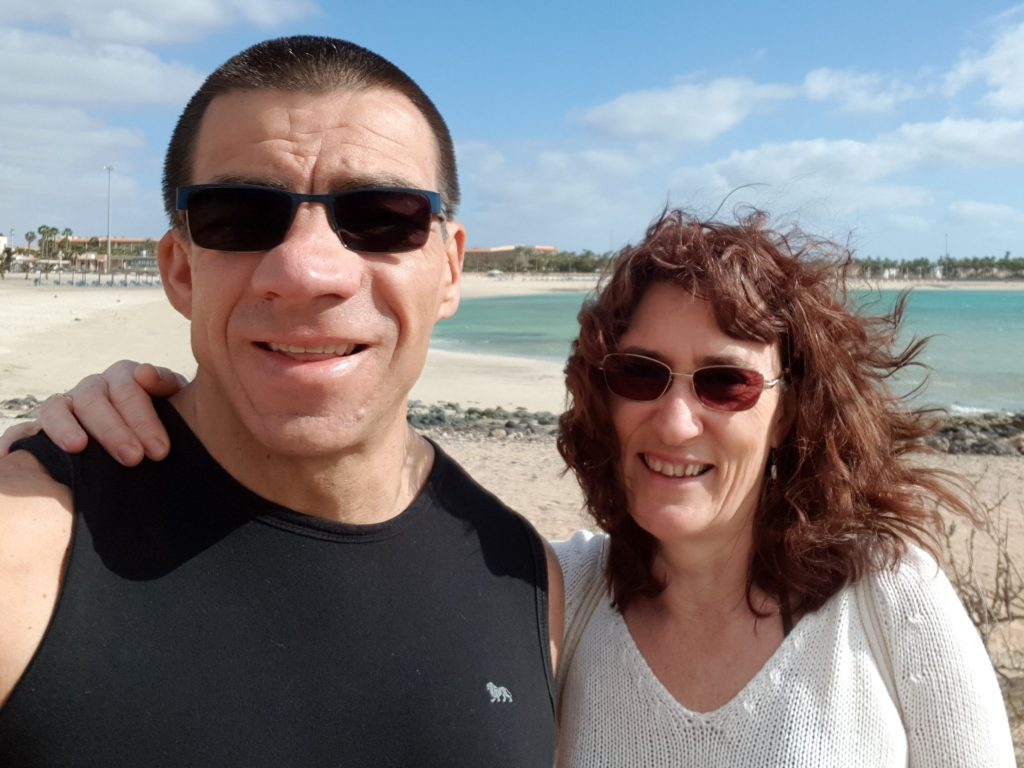 After Jonathan and Rachel Willcock were involved in the Colombian field conference in January, the plan was for Jonathan to go to another Latin American country for a month but this plan had to be changed and he stayed in Colombia to help at the missionary training centre. His time there turned out to be a blessing, and Jonathan and Rachel thank God for the opportunity to encourage many of the training staff during that time. Rachel returned to England a couple of weeks before Jonathan because she had some commitments closer to home.

March has been a month of highs and lows. They had an amazing week’s holiday in Fuerteventura, given to them by some special friends. They also heard that Jonathan’s uncle died; sadly, they will not be able to attend the funeral because Jonathan will be returning from an international language conference in the USA that day and they are speaking at a youth conference the same weekend. Their newest grandchild was born in the USA to their son Thomas and daughter-in-law Jodi. They look forward to meeting her this summer on their way to Mexico.

In April, their sons James and Jack will be with them for their Easter break from University. At the end of the month, Jonathan and Rachel will be responsible for a week of training for the students. After that, they will be in Italy for nearly a week attending some meetings. They will also be visiting a couple of churches to share about missions in both April and May.

In early summer they will be heading to the USA and then to Mexico for a couple of months. While they are in Mexico, they will spend time training language consultants, doing some language evaluations with some of the tribal missionaries and also running a workshop. The workshop is for all the trainers involved in training missionaries in Latin America and they will be looking at how to train missionaries to present the truth of the Bible in as clear a way as possible, taking into account their current understanding of life and the world around them. Please pray that God will give all those who attend clear minds as they look at ways to improve the training given to new missionaries throughout the region.

Jonathan and Rachel are thankful for your continued prayers and interest.