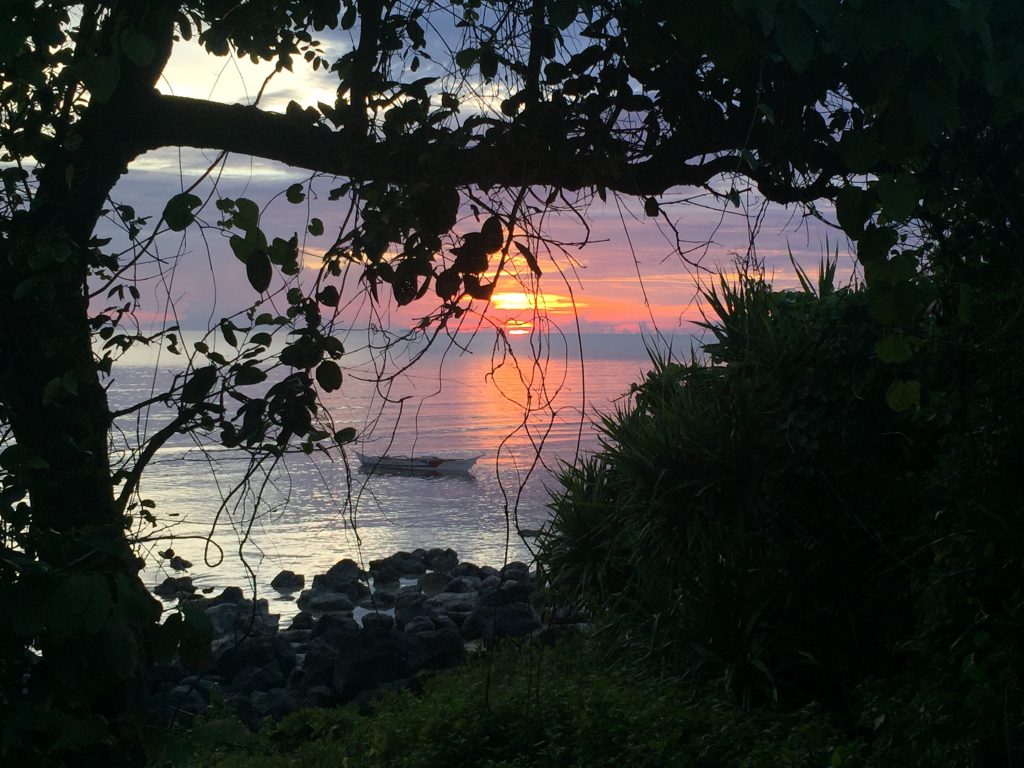 First, the work on the landing strip stopped and the reason given was that they would not continue until a consensus was reached amongst the landowners. So they sat down in negotiations and had them all agree to a set amount. When work did not resume the reason given was the fuel for the heavy equipment had run out and they needed to wait for fuel. Then after many enquiries they were told the machine operators needed to come back to work the machinery. Next they were told that they could not work because of rainy season and the muddy conditions on the strip. The last reason they were given is that a barge was on the way with supplies to build a hangar on the strip and with seeds for grass on the landing strip. However, much to Philip and Vina’s dismay, when the barge arrived on Sunday, they came to collect all the heavy equipment and had none of the promised supplies. Now they are being told they will return with the equipment after the rainy season. Philip and Vina are not sure what to believe anymore. Please pray for the finalisation of this project and for God to be glorified through it all.

Having dependable helpers for lesson translation is really important. The speed at which Philip and Vina progress is dependent on how faithful their helpers are in visiting every day to help. The last few weeks have been challenging in that their main language helper has been unwell and has gone to the city for medical treatment. She has been gone for four weeks now. The other language helper, although keen, is really busy most days and cannot help as much as they would like. The third helper is a big help, and she is very keen and involved, but because she has days she cannot help because of other commitments. Progress has not been as fast as they would like because of this. Phil can work ahead on his own to a certain extent, but lessons must actually be done with the helpers present. Their hearts are burdened to begin teaching, but they seem to be constantly held back by delays. Please pray with them for peace in their current situation and that the work will progress in God’s perfect timing. Please also pray for the Word to take root in the language helper’s hearts.

For the last two months, Philip and Vina have had non-existent most times, and painfully slow internet if it is available. It seems it may stay this way for the foreseeable future. It really had Vina examine herself about being content.

After much prayer and research Valerie-Anne has decided to apply to the New Tribes Mission Bible Institute (now known as the Ethnos 360 Bible Institute) in Waukesha, Wisconsin, USA. She hopes to begin in August 2018. The Bible course is a two-year course in which every book of the Bible will be studied as well as various other subjects. The Bible course itself is free, but we will be required to pay for her room and board. Before getting her letter of acceptance Philip and Vina need to provide proof of the first year of funds (a visa requirement). They are trusting in Him for all He has for Val. Pray for the Lords provision as He sees fit.

Philip and Vina are thankful for joy that is theirs despite changing circumstances. ‘When days are long and challenges many, it is then that we need to be reminded of where our hope lies.’ They praise God for the work He has already done and continues to do. They delight themselves in the knowledge that despite delays the Agutaynens will hear truth in His perfect timing. Philip and Vina are resting in His Grace for today.