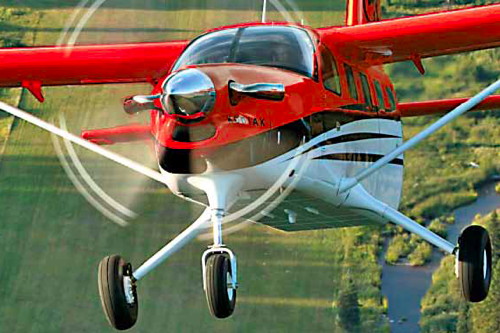 NTM Aviation “…serves missionaries who live in places so remote that it’s nearly impossible for any kind of vehicle to get there,” say the leaders of New Tribes Mission PNG.
Decisions were made to trust God for Kodiak aircraft to replace the aging PNG fleet so that they can better serve those missionaries who depend upon aircraft to transport them on long over-water flights and to safely carry their families, possessions and supplies deep into mountainous and jungle regions that otherwise cannot be reached. Tribal missionaries who rely solely on aviation service to sustain them in remote settings waited expectantly.
Everyone planned, and prayed, and waited for God’s timing. Last year in a specific move of faith, people prayed fervently that God would provide one by the end of 2013, but no Kodiak.
People continued to pray during the first quarter of 2014, but no Kodiak.
In March, as a bold step of faith, NTM Aviation began actively preparing for the transition to Kodiaks. As part of that plan, they sent a pilot to Papua New Guinea to train with another mission board in their Kodiaks and to fly with them for a year. NTMA mechanics also started studying the PT-6 engine and systems, gaining experience by working with the other organisation on their Kodiaks, but still no Kodiak for NTMA PNG.
It was easy to doubt that God was really going to provide this plane. But Phil Koop, Executive Director of NTMA, and the NTMA team knew that upgrading was necessary to provide continuous and viable transportation for the NTM tribal teams. They continued to pray and pursue avenues of funding for the plane.
And then came the astounding news! In His perfect timing, God moved the hearts of some donors who heard of the critical need. They decided to buy a Quest Kodiak for Papua New Guinea!
It’s not an order for a Kodiak to be built from scratch—that’s a 6-month process. This is not a Kodiak in the making. It’s already done! God HAD been at work all along, building this state-of-the-art mission aircraft while many were praying!
As the news reached PNG, a spirit of elation and gratitude spread. Events have happened at a dizzying pace. The team is at work; planning details of final outfitting in McNeal, training the mechanics and pilots, and raising funds for the trans-Pacific ferry flight and setup in PNG.
Thanks to the hundreds, maybe thousands, of you who prayed with us for this Kodiak. Thanks to the generous donors who heard and acted on God’s prompting. And thanks to God who orchestrated the work of His Body in order to provide the Kodiak as a tool for reaching those who need to hear His priceless message of Salvation and Hope.