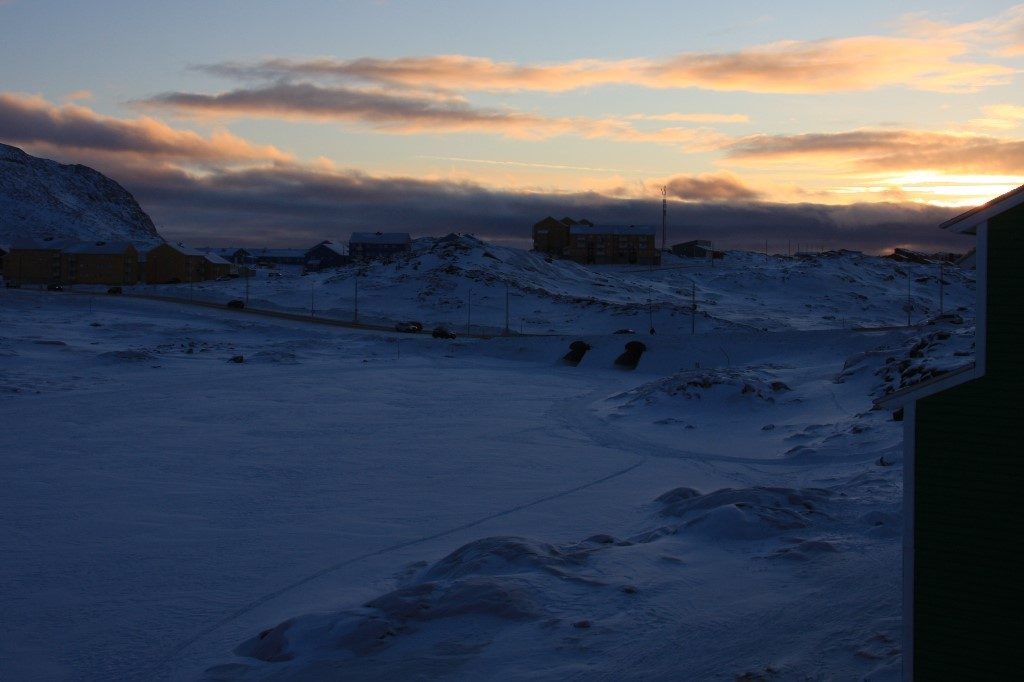 At the end of July Oli, Anne-Sophie, Liljan and Leanna said goodbye to their friends in England and after two yearsof training at North Cotes College moved back to Greenland, via Scotland the Faroe Islands and Norway.

This transition time was rich in visits and fellowship. It was a real blessing for them to visit family and friends.

Their arrival in Greenland was a challenge – it started with some delay so Liljan and Leanna could not starts school on time. The weather was cold and grey and Anne-Sophie suffered culture shock – everything was known though everything was new – but they got through it.

Oli searched for a job and quickly found one. He was hoping to find a part time job in order to have more time for preparation and Bible Study, but it was not possible so he is working full time so they have less time for Bible Study.

Their vision is to see more people in Greenland grounded in the Word of God and being transformed by God’s grace. They are working as a team with Ane and Filip Sivertsen who were studying at North Cotes College at the same time as Oli and Anne-Sophie.

They are continuing the Bible teaching, which was previously taught faithfully by an NTM missionary from Norway. Oli’s time is limited, but he still has thee to four Bible study/teaching sessions a week.

Most of the teaching takes place in the evening or during the weekend so they have to find a balance with their family life as well.

Anne-Sophie is trying to figure out how to combine preparation for Bible Study as well as supporting their daughters with school.

Some of the Bible studies are with people interested but new to studying the Word of God deeply. Others are continuing from previous Bible studies. They have Bible study with individuals and couples as well as groups. Filip and Oli will have the opportunity to teach in their local church.

It is not always easy for Oli and Anne-Sophie but they see it as a privilege to be able to serve the Lord by studying the Word of God with people who desire to learn more about Him. To see what God is doing in others’ lives is really encouraging. As they prepare each Bible study, the Lord has given them the opportunity to learn so much. This task is just impossible for them alone. They need to depend continually on the Lord. Your prayers are also very important as there are continually challenges coming their way as they are in a spiritual battle.