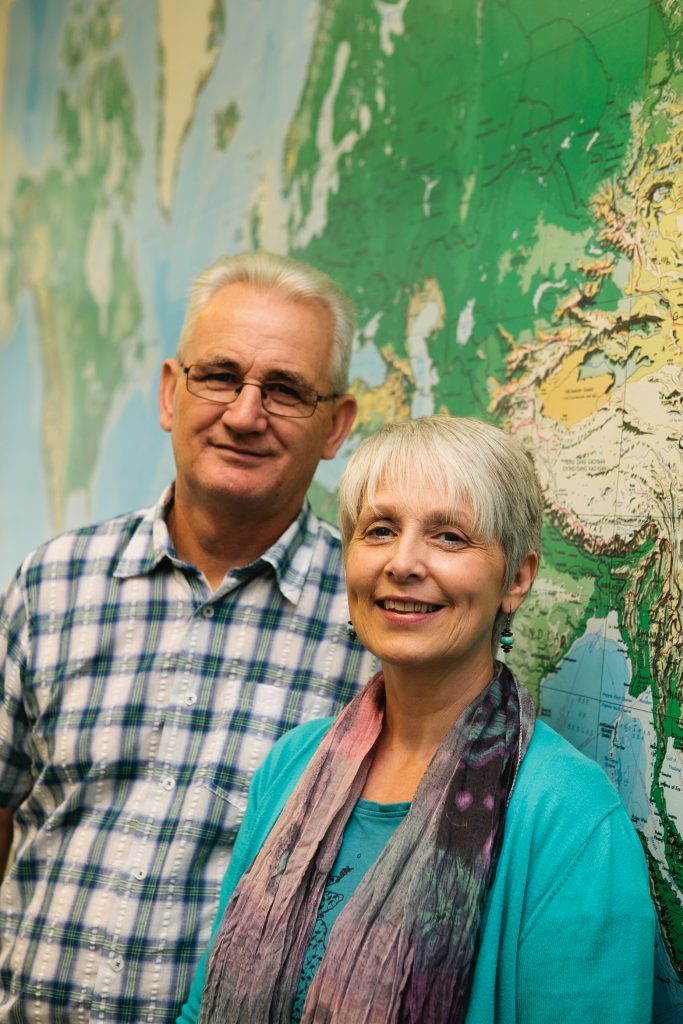 They have worked for the Reach conference and the June conference and were delighted to see the numbers that God brought in for both. The range of countries and the various stages of church planting represented by the missionaries taking part gave everyone much to praise God for and also to pray for. Last week was Pre-field preparation for those going out for short time to a specific job. Many were young people going to help families for a year with home schooling but there was also a semi-retired couple going to PNG to help in the medical clinic there.

At this time of year Graham and Carol prepare themselves for the goodbyes but also have an eye toward the new school year for new students and volunteers. They ask you to join them in prayer for those moving on and those planning to come to North Cotes in September.
September will bring changes for Graham and Carol, Carol will no longer be kitchen manager. After helping the new team to get the term started she will move on to a less strenuous ministry which is still to be decided. There are many shortages on the campus team so please pray as leadership and Graham and Carol pray for wisdom as to where Carol can best fit in. Pray for staff for the kitchen, there are only two workers so far, including the new temporary manager.

Graham and Carol frequently hear snippets from PNG and the church in Bisorio continues strong. Jason, one of the language consultant missionaries, takes time to go and visit tribal churches where there no longer is a mission presence. It is encouraging to hear how they continue to teach the next generation and reach out to other villages within their language group.
One family of co-workers at North Cotes recently went to PNG for the summer. Graham and Carol wanted to jump on the plane and go with them, to do the practical jobs, tidy the airstrip and do medical but it was not possible like they had done in the Bisorio before their ministries in North Cotes. They still pray they will have opportunity to do such trips sometime in the future.

Graham and Carol are thankful for your part in praying, giving and working to reach people where God has placed you.