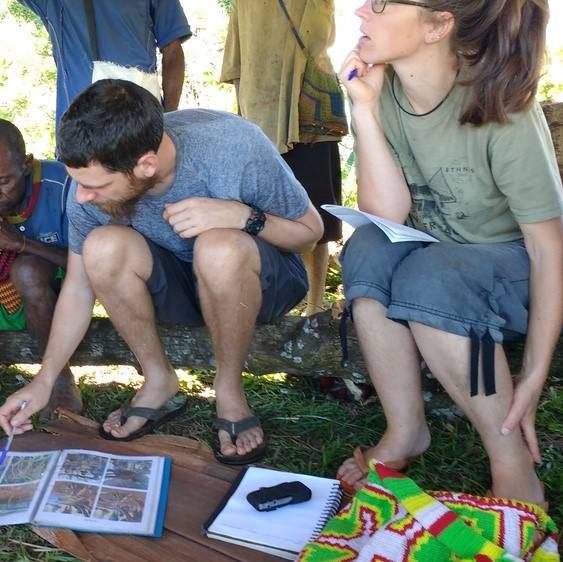 It has been a tough week for the Kovol community with a number of injuries, a serious sickness and a death in a nearby village causing Steve and Gerdine Stanley to have a week of being more medically involved than normal.

They want to help medically when it is needed and when they can do something. They often agonise over the wisdom of giving medicine and so sometimes, it is nice when the treatment is particularly clear. The “Where there is no doctor” book is getting a workout!

First up was a little girl with respiratory distress. They were able to administer antibiotics and happily, her vital signs improved the next day, the breathing rate came down and after finishing her course she was ready to go home (2 1/2 hours hike away).

Next up was a young man with a wound to his hand, it was cleaned up and painkillers prescribed.

Then an older man arrived with a persistent cough. Unfortunately, after a life of chain-smoking, it seems he has bronchitis. All they could do was to advise him to stop smoking – which he was happy to hear, as he had come up with that conclusion on his own and was pleased to have confirmation.

Tragic news though was that a village an hour and a half away from them had a teenage boy die. He was climbing a betel nut tree when it snapped under him (they range from thigh to forearm thick and are many metres tall). Down he fell and landed on top of a sapling stump.

Steve and Gerdine’s community was shocked. “We don’t know why this happened, he was a young man, he shouldn’t have died – can you look on your computer for us and find out why this happened?” one of the older men asked. “Sorcery caused him to climb up the tree and sorcery killed him”, said a young woman. All of this is hinting at much deeper things that they are not ready to learn about yet. They were eager to be reassured by Steve and Gerdine that the message they are bringing will have answers and that they would understand.

One of the teens in their village has been sick for a while but over the weekend took a dramatic turn for the worse. Steve suspected pneumonia and as quickly as possible went home to prepare him some medicine. He is still sick but all his vital signs are improving.

Pray for Steve and Gerdine as they continue with language and culture study despite the many distractions and that they would have the health and strength needed from day to day.