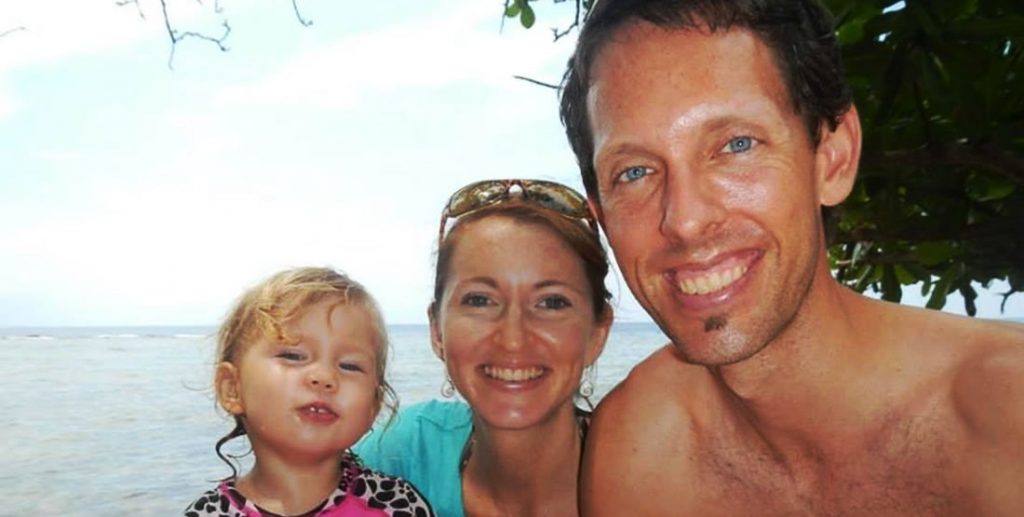 Here’s a glimpse at being a missionary on a remote island in the South Pacific.

Julie Martin has a pretty good idea that it’s hard to imagine what the Martins’ life is like. So she shares a piece of perspective on missionary life among the Akolet people.

“What is our life like?” Julie writes. “It’s a few bits of paradise, a healthy dose of the bizarre and an awful lot of hard work.”

“It has many moments that an outsider would envy,” she begins. “For instance, being able to snorkel any time of the year on beautiful coral reefs.”

“Other moments in this culture,” she adds, “might be viewed as bizarre. Take, for example, that our 2-year-old daughter, Lela, plays on her friend’s grave.”

Julie explains that their dear friends lost their 18-month-old daughter to drowning and buried her beneath their house that is built up off the ground. “Over the grave,” Julie says, “is a wooden structure that is used as a table or bench.” So when the Martins visit their friends, they spend time sharing around that table area and little Lela plays at their feet—right over the grave of her little friend.

In a sometimes-paradise that has its bizarre moments, there’s also a lot of plain old hard work. “A tremendous amount of that,” Julie affirms. Work like consistently discipling believers. The work of diligently investing long hours and grueling effort in translating the New Testament into Akolet. And added in is the work to prepare to teach and discuss Akolet Bible lessons.

Sometimes it’s discouraging, she admits. “The Akolet people are quickly approaching the third anniversary of when the majority of them first became believers in Christ. While we know there is growth happening, it seems both to us and to them that some of the ‘new Christian smell’ … has worn off. They find that, as much as they thought they would be done with all the old issues that were with them when they became believers, many of those issues are, in fact, still very much a daily struggle for them, as they are for all of us.”

Julie says that some believers find it hard to be faithful in attending Bible teaching and that squabbles between believers have been occurring. The believing Aklolet youth encounter the reality of their flesh urging them to fit in to their culture and sometimes end up in bad situations as a result.

There have been other discouragements, too. Julie shares that their co-workers recently had to return home unexpectedly for pressing health issues. In addition, changes in missionary aviation schedules have made travel in and out of their area much less predictable.

“But there are glimmers of hope always,” Julie adds. For example, the obvious growth God has brought in the life of their usually-shy friend, Lonsi, who recently spoke boldly and effectively about the gospel to a chief visiting their village.

God is faithful and He is at work and the Martins know it. But they could really use some prayer.

“Can you join us in praying for the Akolet work?” Julie asks. “Pray for the Holy Spirit to move mightily in the Akolet church—to cause them to lean more heavily on His power and see their need of Him. Pray for the group of teens and adults that are hearing the Bible teaching for the first time—that they will understand the message of the gospel and come to salvation.”

And Julie adds, “Pray for us as a family to daily find encouragement and strength—both in the written Word and in the Living Word Who is present with us.”

Encouragement and strength—because living in a remote place bringing God’s Word to people who have never before heard a clear presentation of the gospel is not an easy assignment.