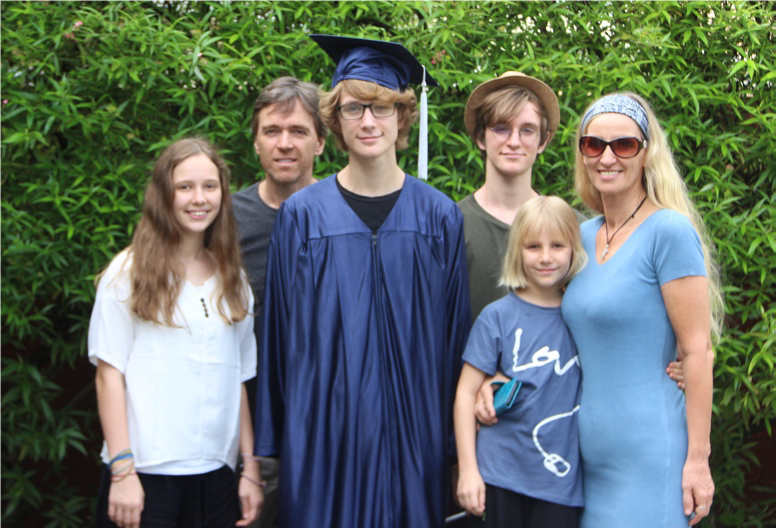 For Richard and Carmen Gappmayr who serve with their family in the Philippines, the current pandemic has meant they have been in lockdown now for thirteen weeks.

All their teaching, training and consulting events have been cancelled. Richard’s trip to southern Africa in February was the last event he was able to conduct. Shortly after that, places started to lockdown. Carmen has not been able to travel within the city and had to cancel her lady’s Bible study. Instead, they have focused on the family and home schooling, which was offered by Faith Academy for the last quarter. They were so thankful for that provision.

Finally, Lucas was able to finish his final year of school and graduated on May 22nd. Even though they could only have a video-conference-style graduation, the school leadership did a fantastic job, and they were able to see and hear each other for that special event.

Now Lucas is preparing for university in Dundee, Scotland, and a lot of work and big changes lie ahead of him. It will be completely new chapter in his life and he will need a lot of support and prayer especially in the beginning, as he enters pretty much a new world.

Richard and Carmen were looking forward to their home assignment. Among other things they wanted to help settle Lucas. However, the current situation in the world has thwarted their plans a few times and between several cancellations and rebooking, they were finally able to secure a flight to Germany for early July. They need to return at this time because of Lucas’s upcoming change and Carmen’s health issues. They are still somewhat unsure with regard to domestic flights, since that seems to be changing. They hope and pray that they can get to Manila to catch their international flight. Until then there is a lot to pray, hope and prepare for and they really covet your payers during this time.

Thank you for your continued partnership through prayer.