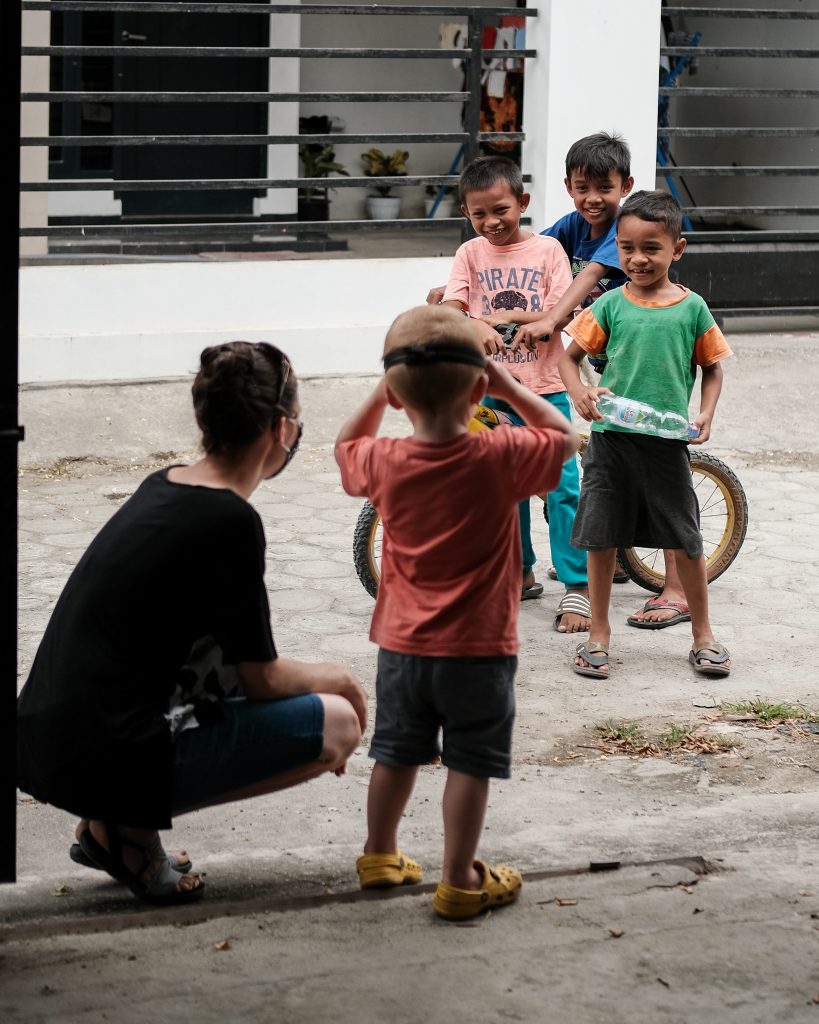 Andrew and Joanna are spending many hours with their language helpers or sitting at their desk, learning vocabulary and studying grammar and culture, which seems endless. One of the ways they show God’s love is by giving their helpers a job that supports their families, teaching them new skills and letting them be part of their lives. Loving in the everyday tasks which include repairing broken things in the house, shopping, cleaning, taking care of their kids, Manoah and Chloe, preparing the volleyball field; and these are to only mention a few. Andrew and Joanna want to be faithful in showing HIS LOVE in ALL THINGS!

After a fantastic trip to the village as a family, which was one of their highlights since arriving in Asia Pacific, they moved into their new house, which is beside a rubbish dump, on 3rd June. There are lot of mosquitoes and as a family, they have not slept well for the last few weeks. They were overwhelmed by the many little jobs that were required of them with looking after a property with eight bedrooms and a big garden. They hope that they will be able to host people travelling through and cannot wait to welcome some people from their home countries too. Their co-workers had started sport activities twice a week for the young people from the dorm and Andrew and Joanna are delighted to see it continue. Other young people from the city have also joined.

Andrew and Joanna have kept on their co-workers’ yard worker and their house helper (keeping on their own house helper too). Work ethics and how things are done can be so different from what they are used to and even after already living in Asia Pacific for one and a half years, some things just don´t feel normal to them yet. However, they are very grateful for the help which frees up time for language study.

Manoah was supposed to start nursery last week, but the nurseries are closed again, so he will have to wait a little longer. Chloe is very sociable little girl and loves to be the centre of attention.

Andrew and Joanna have also welcomed three teenagers into their home (they are continuing with online school) providing them with their own place to cook and study. It really is testing Andrew and Joanna’s language abilities, but they are thankful for the opportunity to show them THE LOVE OF CHRIST in practical ways.

*The new house and God’s work in the city.

*For the many people God has placed into their lives to help and encourage them.

*The knowledge that He is faithful.

*Their helpers and the teenagers, and for Joanna as she interacts with them.

*Andrew is using a chronological Bible study to learn biblical vocabulary with a local language helper. Pray that the helper would truly understand the truths that are discussed.