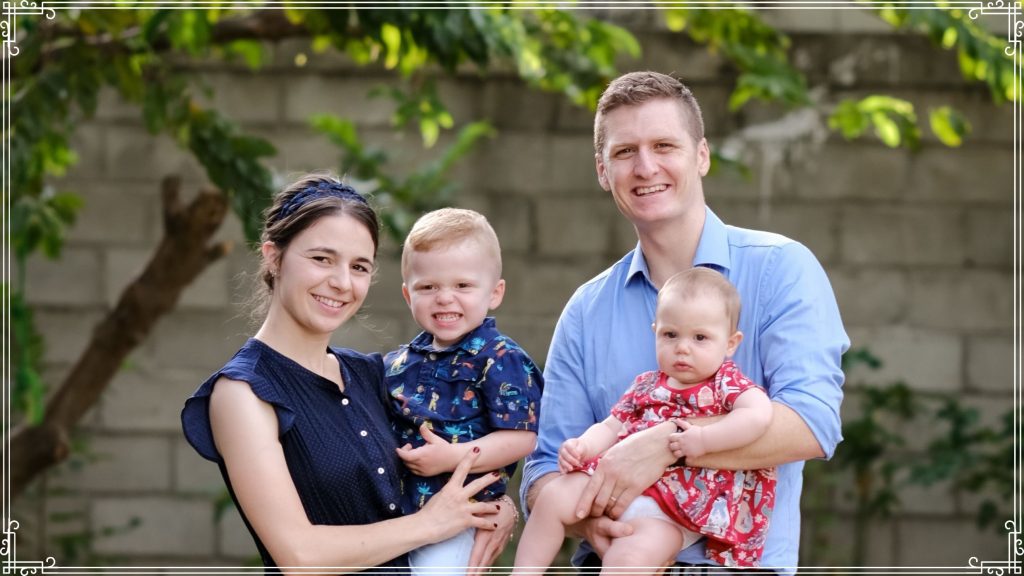 Together with another family, Andrew and Joanna McCready with Manoah and Chloe, recently set off in a little Kodiak aeroplane and flew over the tree-covered mountain ranges of the island in Asia-Pacific where they live. From the air, they spotted small villages and palm leaf covered roof-tops. Homes to many people who have potentially never heard of Jesus and His love for humankind. After a 45-minute flight, they landed on a grass-covered airstrip near an isolated river system. They had a short hike up to the village, which is home to some of the young people that live in the dorm and with whom they spend so much time with in town. This village was reached with the Good News of the Gospel many years ago, a church was born and the New Testament is already available in the tribal language.

They feel privileged to serve the Lord and to see how His Word changes people’s hearts. They spent four days in the village. It was the first time for Joanna and the kids to meet some of the parents and what a joy it was. They were able to have a few conversations in the national language. They also saw how they prepare food, look after their kids, spend time together, bathe in the river and get their drinking water from a nearby spring.

It was heart-warming for Andrew and Joanna to see some of the dorm kids, who were there for a break, in their familiar environment. Chloe and Manoah especially loved playing with the other kids.

They were super thankful for a safe trip, good nights’ sleep, wonderful food and a trip that they will not forget.
During the month of May and with the absence of their house helper, they had the joy of having two girls from the dorm visit every day to help and spend time with them; their house helper has now returned.

In the middle of May, Andrew had a good trip to a different village that is also connected to the dorm ministry. Two of their friends taught each day from the book of Revelation, and Andrew was able to listen.

This month their hearts ache as they have to say another good-bye to their dear friends that will return to Norway for their children’s education. Andrew and Joanna have been asked to take on their house, which has enough rooms to also function as a small guesthouse and is a regular meeting point for sport activities and Bible studies. It is a house with a lot more work, responsibilities, and opportunities. They are excited to see how God will use it in their continued effort to learn and study the local culture and language.

Pray for Andrew, Joanna and family and their co-workers.