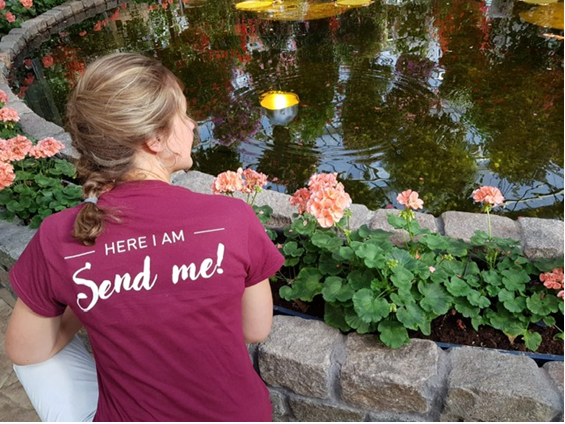 Jenny de Jong recently had a positive evaluation with the language coach. She is making good progress in language and culture studies. There is still a long way to go… but for now, it is nice for Jenny to know that, given the number of study hours, she is at a good level.

Wearing facemasks is still a rule in Senegal, as is disinfecting hands and keeping your distance.

In addition to language study, culture is also a subject in which Jenny learns on a daily basis. Every week she realises in yet another area that the West African culture is really different from the Western one. Perhaps an open door, but in practice this often results in ‘interesting’ situations.

Recently she has been participating in the church with the choir rehearsals on Saturdays where the first hour is spent on warm-up. Initially she was surprised that everyone has to sing a line alone. Lining up they take turns singing a line, correcting it, singing the line one more time … and so on. Jenny had to do it again; being new to the shame culture she found it quite daunting. Apparently, this should stimulate better performance; after three to four hours of rehearsing, she admits that the singing is beautiful!

Another event was the first wedding reception Jenny attended since February. Everyone works together to cook for so many guests.

Thank the Lord with Jenny that she is sleeping better! She is also grateful for a temporary housemate, a colleague and nurse who will be doing an internship in a hospital in town until the end of November.

Jenny is thankful for friendship with her neighbours. Pray for wisdom, (the length of a visit is more important than how much you can actually discuss with each other), the visits are not long enough for them!

The colleagues whose house Jenny is currently living in plan to return at the end of the year. Pray for guidance as to where Jenny should live from January.

Pray for progress in language study, depth in friendships with neighbours and other Senegalese in order for Jenny to be able to share the Word of Hope with them in the future.

Jenny has begun exploring options for her future ministry, pray for wisdom and God’s guidance.