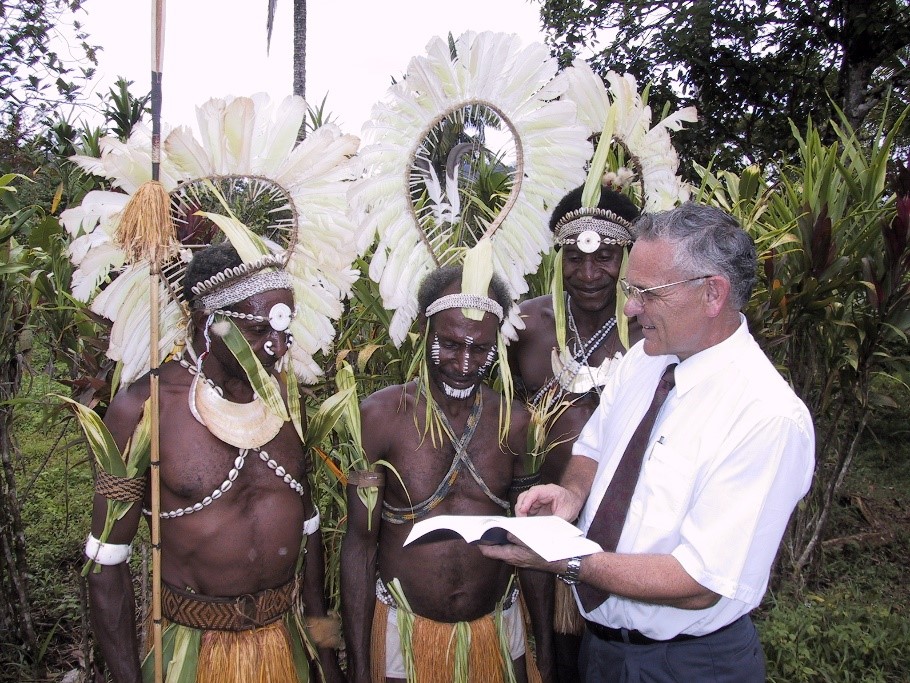 Jack Douglas tells of how the Pawaia work is progressing.

After seeing local churches set up and functioning in the Pawaia people group in Papua New Guinea, it was considered time to leave them in 2007. They had various materials written in their language to help them, most importantly, they had the New Testament and portions of the Old Testament. It was always a worry when leaving them. How would they survive? Would they be led into false teaching? Would they prove after all that they did not really understand the Gospel and would therefore go back to their old ways as soon as the missionary left? What was going to happen?

Several visits over the years have only confirmed that the Pawaia are serious about their faith and have continued to follow biblical teaching. Not only that, but they have even continued the mission of the church by making disciples of other members of their language group who lived far from the area where the missionaries had been teaching. This has entailed not only travelling to these distant places but also meant that some had to live there long enough to teach the basics of the gospel and then begin discipleship and plant a church. Of course, there have been some problems along the way. Different ones have given in to temptations and there have been different opinions about how things should be done but the work has gone on.

Thinking about the situation that the Pawaia have faced, it stands out that they have so few resources. Whereas we can easily visit a store to obtain supplies such as paper and pencils, they would have to either hire an airplane to fly them to town or undertake a dangerous, week-long hike to get there. What has kept them motivated when they faced such difficulties? It comes down to the fact that they have had nothing more than the Word of God to sustain them. Perhaps that is the wrong way to say that. We should say that they have had the power of God’s Word working in their lives and giving them the spiritual authority to teach the truth about God and salvation.

God’s Word is alive and powerful we are told. What we need to do is to “let it loose.” To learn an unwritten language and translate the Scriptures into that language is so important. As the Scriptures are taught, they begin to change lives. The truth replaces the lies the people have based their lives on for many generations. They are set free from their superstitions and fears. They are given abundant life.

Not only have the Pawaia reached out to their own language group; other language groups, noticing the changes in the lives of the Pawaia, have asked them to teach the Bible to them. That would entail using Pidgin English since the languages are so different from the Pawaia. However, the Pawaia are preparing to reach out to three different areas where there have been invitations to teach the Bible. Pray for these believers and others like them who are taking up the challenge of making disciples of all the nations. There are over 860 different languages in Papua New Guinea alone and many hundreds more that still need to hear the Gospel in other countries. Pray for labourers. Perhaps you could be one of those who will take God’s powerful Word and make it available for one of the unreached people groups.