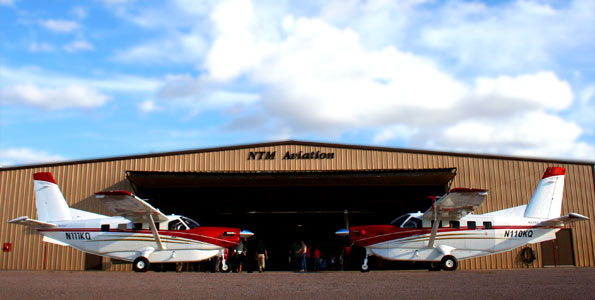 The Kodiak is uniquely suited for mission aviation.

And this, just four months after we were blown away–even if we shouldn’t have been!–by God’s amazing provision of the first Kodiak for Papua New Guinea.

God’s provision. It’s promised. It often comes in unexpected ways and at unexpected moments. And God is not limited in the venues He can use to provide our needs.

Some venues don’t even necessitate reaching into our wallets.

Sometimes it can be a simple click of our mouse to vote.

He’s done it before. Like last year. By the click of many mice, NTM placed second in the 2013 Lightspeed Aviation Foundation’s grant and received $8,000, which was invested in a helicopter used for Typhoon Haiyan relief in the Philippines.

If we click enough mice, that — or more — can happen again.

Time Is Running Out

With less than a week to go before voting closes, we’re consistently hovering between second and third place.

We love that you’ve been praying for the provision of the Kodiaks. And we’re excited to let you know that NTM Aviation decided that any grant received through the 2014 Lightspeed Aviation Foundation should go toward the Kodiak aircraft needed for Papua New Guinea.

This may not be the “normal” venue through which we expect to see God working, but He is. Be a part! With a simple click of your mouse you can help move NTM up in the rankings. Voting closes at midnight on October 31, 2014.

You can help by voting now and by sharing this opportunity with as many of your friends and family members as possible. Ask them to vote now for New Tribes Mission.