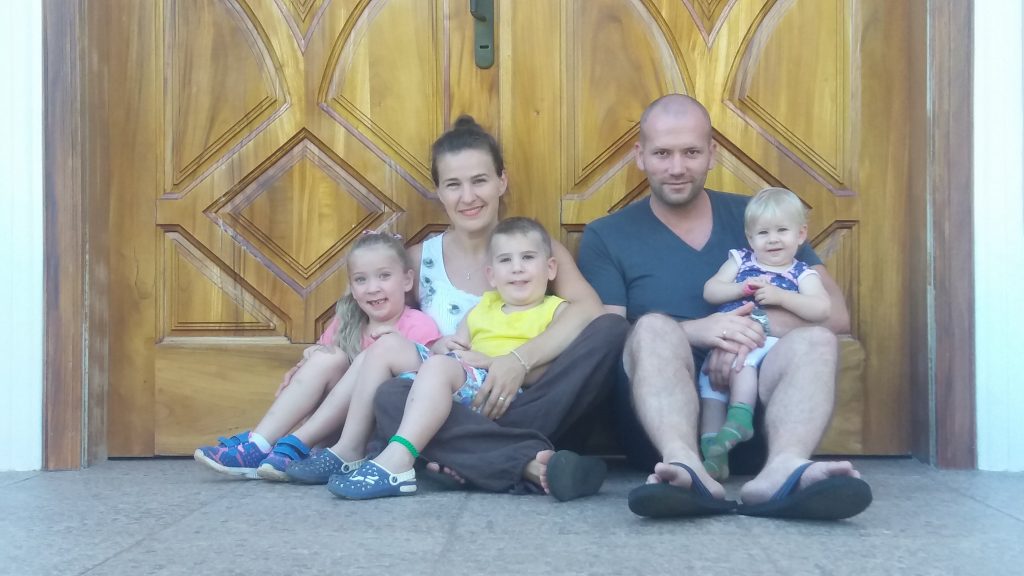 The kids finished school at the end of November and won’t start again until the middle of February. They had great graduations and Hanna also had to say good-bye to teachers and friends, because spontaneously plans changed and she will go to a different school next term, a German school run by the Mennonites. This is because in May they will move into a house belonging to another NTM family that will be on furlough and the German school will then be very close. Until May it will be an at least 30-minute drive early in the morning since the school starts at 7 am. Pray for Ben, that he might be able to stay in childcare on Friday afternoons when Erwin and Rita have meetings with the other missionaries (he is struggling with being away from them all day).

Mid-December the annual NTM conference took place. Erwin and Rita were excited to finally meet the missionaries they hadn’t met. Also they needed a break from studying so really enjoyed this week. The week was spiritually and physically enriching. Each day they had three talks (sermons and mission updates), plenty of free time and in the evening a lot of sports where the both of them played football each night while their kids were cheering for them. They’re looking forward to the next conference!

Erwin and Rita Penner were very thankful to have a host family that let them celebrate with them. On Christmas Eve the shops were open until 7pm and they were crowded. Their host church didn’t have a service so they went to the German Mennonite church that is in town. The service started at 7.30pm and after that they finished preparing their food and by 10pm they were at their host family’s house. In total there were around 25 people and at 11pm they started eating, by midnight the streets were full with people letting off their fireworks and after that they enjoyed their dessert. Finally, at 1.30am on Christmas Day they went home, tired but happy! Dec 31 was almost the same, just at a different place. Lots of food, fireworks and a late night…

This month Rita started to attend a language course while Hanna and Ben are in their holiday kindergarten. Erwin and Lia are at the mission. It’s each day they have to drive for two hours and they are thankful for your prayers as they travel on the roads.

Also this month they will travel with their host family to Brazil by car.

Pray for Erwin and Rita’s culture- and language acquisition, that with God’s help they might finish it this year. Also pray for their daily walk with the Lord, th