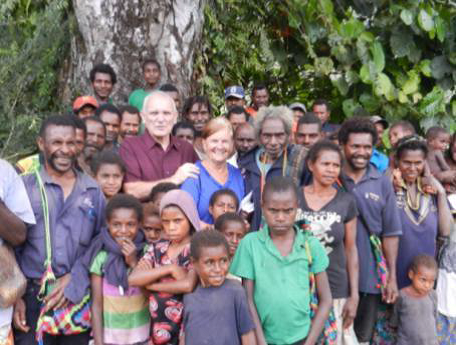 If you have been praying for the Pawaia in Papua New Guinea It has not been in vain. Bill a missionary friend, of Jack and Isa Douglas, wrote to tell them that he had re-established communication with the Pawaia. The news was that things are going well. After teaching from Creation to Christ in a village near the staging area for the oil and gas development, there were 32 clear testimonies. There have also been requests for teaching in another area. (There have been many missions and denominations working in that area, the government has had an outstation there and there was an airstrip. The people used to look down on those that Jack and Isa lived with. They called them the bushy people, wild dogs, wild pigs, etc. They did not class Jack and Isa as proper missionaries because they did not have a corrugated metal roof on their house. They also doubted the Pawaia people’s ability to make an airstrip, but crept secretly into the village when they saw the airstrip finished!)These people are now asking the Pawaia for Bible teaching, which is an amazing turnaround. The Pawaia are thinking about how to go about this opportunity.

Thank you for praying for the Pawaia. God is faithful!

Thank you for praying for Jack and Isa too particularly with Isa’s heath needs at this time.