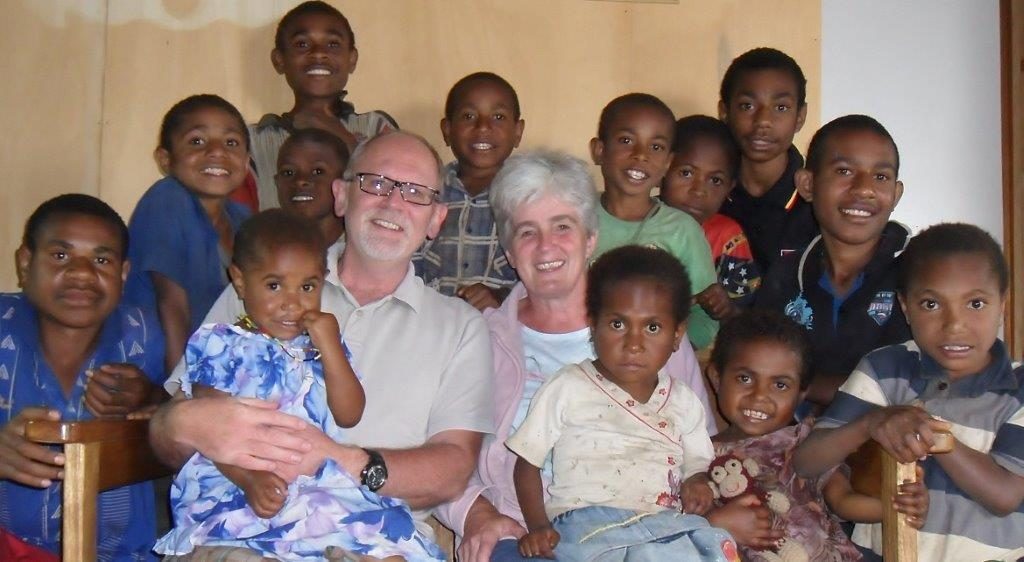 Their meetings would not look like most western services as they sit around their living area but they endeavour to follow a biblical pattern such as that described in Acts 2:42: Bible teaching, prayers, fellowship in unity, and often eating together some sweet potatoes or rice afterwards washed down with sweet coffee.
There is much nodding and agreement from both men and women. Singing is always joyful and the young teen boys are quickly catching on to learning to play guitar. They have sung for years without a guitar and done ok but some wanted guitars! As a result of two Gende believers sharing the Gospel with a group of men late one night the other week, another couple have started coming to the meetings.
Along with her latest Gende translation helper, Susan has completed the first draft of the translation of 1 Thessalonians; praise the Lord for the good start they have made. This still needs to go through many checking processes and next they will tackle more chapters in 1 Corinthians, Titus and Revelation. There is already a very rough draft of some of those chapters which need completing.
Recently Paul and Susan took a trip with three Gende brothers on the NTMA helicopter to another village. The villagers had made ready a small landing place (6000ft above sea level) on the ridge where the village is spread along. People were gathered with flower garlands for their necks and they received a happy welcome.
Paul and Susan recognised a few people. One lady said they had saved her life once when she was ill. But most were new faces to them.
Paul explained in Gende how they teach and why they want everyone to have the opportunity to hear what God has to say and showed them some of the books. Susan spoke about the literacy programme. One of the Gende believers originally from that village introduced them and spoke about the reasons they had come and another Gende believer supported what was said and expressed his desire for all villages to hear. He explained how believers are to share the Good News as Jesus commanded them but have been slowed down by lack of workers and deaths and the destruction of property in 2007. Then about five men spoke. Some had come from nearby villages too. Various comments were made to the five of them listening along with the pilot; Paul and Susan were delighted at their response and also saddened at their slowness as the church of Christ and going to the ends of the earth.
Some of the comments were:
We are hungry for God’s talk and want to hear.
Other groups have come past us and none ever offered to build a church or teach us these things.
If we want to hear we would have to walk hours and we are moved that you want to bring this teaching right to our village.
We had wondered what you were doing in your village and if you were even still there. Now we know.
We will gladly give you land on which to build a house or a church.
One brother remained in the village for a couple of days and was able to talk at night with the villagers. He brought a report when he walked over to fellowship with the church on Sunday. The keenness to hear God’s talk by this other village was encouraging to the church in Paul and Susan’s village and an answer to prayer. However, there is still the ongoing work of Bible translation and lesson preparation in further epistles as well as teaching/discipling/training the believers. There are unbelievers in their own village that need teaching from creation to Christ. Now the church has this new opportunity along with needed literacy classes. Jesus spoke of the labourers being few. Paul and Susan personally feel their inadequacy and weaknesses more and more and along with the other believers able to do this work, suffer from backaches and leg problems.
Nevertheless, rejoice with Paul and Susan and pray for wisdom as they discuss how to move forward.