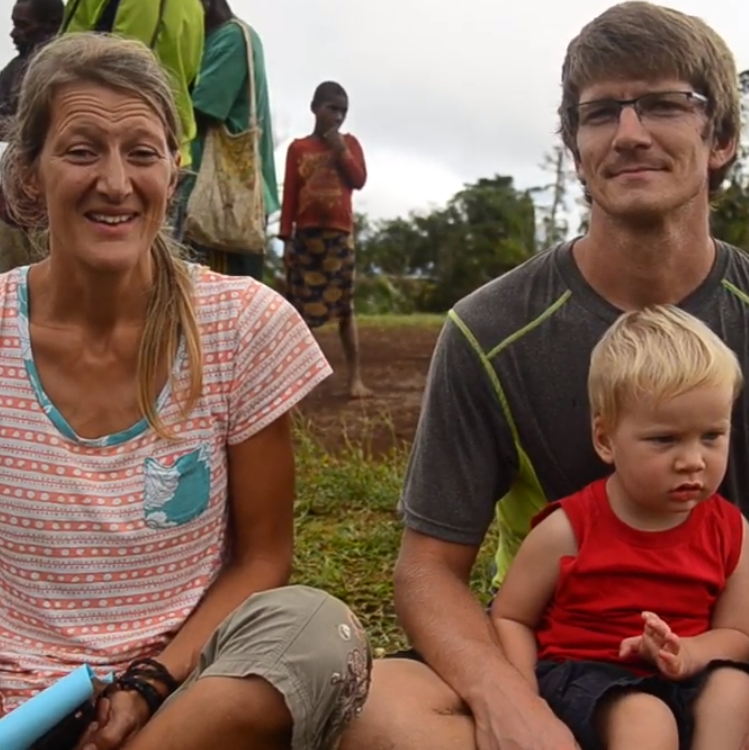 Philip and Natalie Hansen ask for prayer that they can learn to balance their time better and that their children adjust and enjoy being with the people in the Kovol village in Papua New Guinea.

Pray for good language helpers and for the team to have the ability to learn the language quickly and well. There are at least two different dialects and they do not know yet how they will deal with it. But most of all, you can pray that they keep walking daily with the Lord, that they fill their hearts and minds with Christ and that His grace in their lives would affect the people around them. Pray too for the mobile phone tower to be fixed so that they can communicate again with the outside world. The tower has been down twice now. Within a week, they should have programmes installed on their computers to be able to send small emails over a modem on an HF radio so that in future they will not be totally cut off.

The Kovol villagers have formed a committee that looks out for the missionary team. They have planted a garden for them and have helped them wherever they can with housebuilding.

Philip and Natalie are thankful to the Lord that they only have a couple minor projects left on their house and so have switched to learning the Kovol language full time.

They are also helping with immediate medical needs among the people. One day the mother of a malnourished baby with diarrhoea and possible pneumonia bent over Natalie and said in quite a sad voice. “I am a sinner. I am not a good person. You are coming to help us.”

That breaks Natalie’s heart and she wishes that she could share the Gospel right now. But they know it is important to learn their language and culture first. There have been so many miscommunications already about just the everyday things of life. They do not want to confuse them or give them false hope by not presenting the Gospel clearly. Pray that they will all have the ability to quickly learn the language well.

On Sundays they meet as a team to encourage each other. The people found out and reacted in different ways. Some people decided that if the missionaries met, they also needed to meet. So, they met, read something in pidgin and then they continued in their own language to talk about it. However, other people said, “We don’t know what we are supposed to do on Sundays. We have no idea. We are waiting to hear that from you.”

Pray for the Kovol team and for prepared hearts.