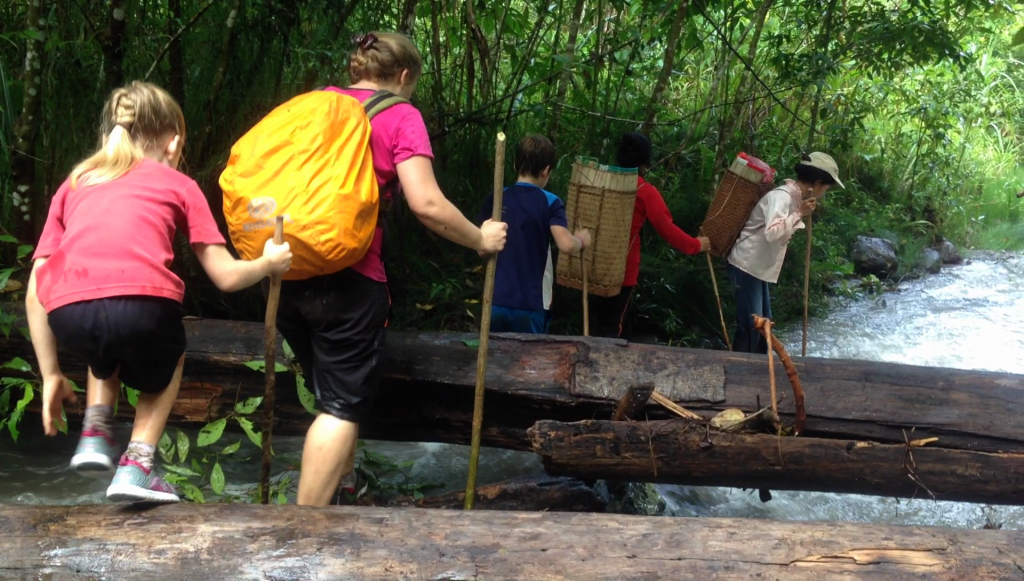 Because the helicopter was not operational they have not had the usual supply runs so have relied on food from other sources. Nico was able to go hunting with the village men. Local people would bring them food from their gardens each week and they could go to the coastal village and get some supplies if necessary.
At the end of February the helicopter was still out of action so as a family they had to hike out to the town down the mountains as the river was flooded. They planned to have a language and culture check whilst there but this wasn’t possible. However they did get some help. The helicopter is now repaired and they plan to use it to return to the village. Nico will take their four month food supply ahead of them by minibus.
The local people say that “Mango time is flu season”. Lydia has been taking care of quite a lot of the medical needs of the people. This has been a new challenge. The book titled “Where there is no doctor.” has been particularly useful.
Pray for Nico, Lydia and their three children, co-worker Christine who is renewing her visa and co-workers Tim and Rhonda who are on home assignment.