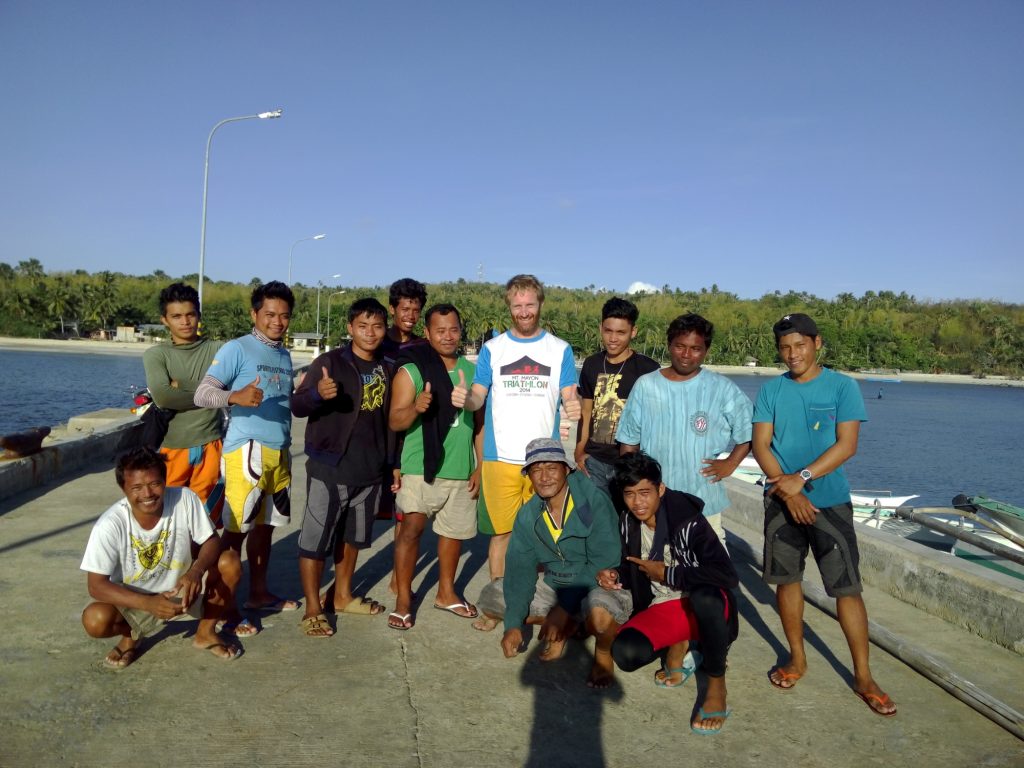 Philip and Vina started to pray for the Lord to show them how they could help all those around them in desperate need. The Lord did more than just show them. He provided funds for them to supply twenty boats with engines to help these families.
Getting the boats made was no simple task. Only one man manufactured boats in that area and all the materials and engines needed to be ordered in from other areas. But, nothing is impossible with the Lord! In September last year Philip and Vina travelled out to the island of Concepcion and gave away the first five boats to the fishermen there. Late last year they gave ten boats to the Agutaya and the five surrounding islands to be used as communal boats for emergencies and various needs.
Last week Philip and Vina gave the last five boats to the fisherman from the island of Algeceras. During typhoon Yolanda, 80% of Algeceras’ houses were destroyed and many boats too. It has been a real joy for Philip and Vina to be able to help them with these boats!
Some of the men asked them if they were the ones who sent them food with the helicopter after the typhoon. Phil told them that the Lord provided the food and supplies and only used them as his instruments. He told them the boats came from the Lord too. They were very pleased and excited about their new boats and how fast they are.
One elderly man told Philip and Vina he was gathering all the English words he could, so he could thank them for their help in Philip and Vina’s language. They were so relieved to hear Philip and Vina speak Agutaynen and Tagalog. Nervous smiles turned to laughs and soon they were chatting and laughing and enjoying what the Lord has done together. Before they left in their new boats, the old man gave them his English prepared speech. He said, “Thank you for all you have done to help us. We thank God for what He has done through you.” What a privilege to be in His service!