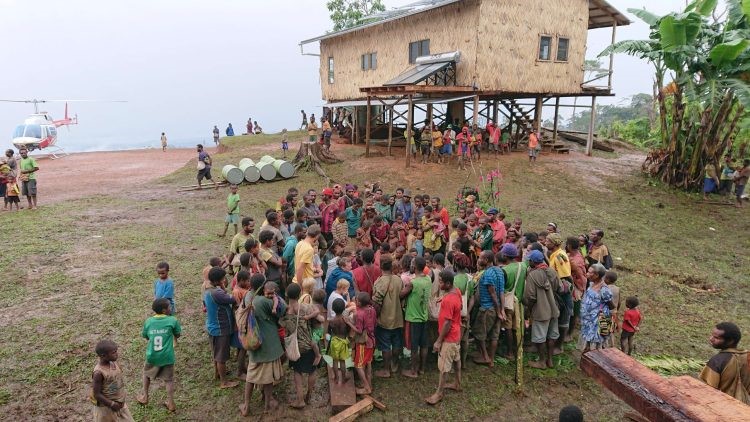 “You guys have it so easy, you just sit in your houses and eat. We have to work hard in our gardens and walk a long way.” Said a Kovol lady to Gerdine.

That comment above came at the end of a week where they were already feeling guilty for the standard of living they have compared to the Kovol people they live among. Needless to say, it wasn’t very encouraging! Thinking about it though it was probably meant as a compliment, not a criticism!

Nonetheless, Steve and Gerdine Stanley are struggling with the economic disparity between them and their neighbours. They struggled with it arriving in PNG four years ago, and the struggle is fresh after moving into the bush.

The Kovol lady was right- they do have it easier than they do, but that was an intentional decision. They could have moved in and lived exactly as they do – but three quarters of their time would be taken up with surviving.

A related problem is that there are hundreds of Kovol people and only three missionary families. If they spend a day socialising to exhaustion and showing care and love as best they can only a small group of Kovol people experience it. They wake up exhausted the next day, a new group have hiked over to see them, and they feel guilty that they are too tired to give them their attention.

They can, however, tell them about the God who deserves (and demands) their attention and offers them the satisfaction of their soul’s desires.

Getting the big picture helps them to press on – finish the houses quickly and get started with full-time language learning as quickly as possible.