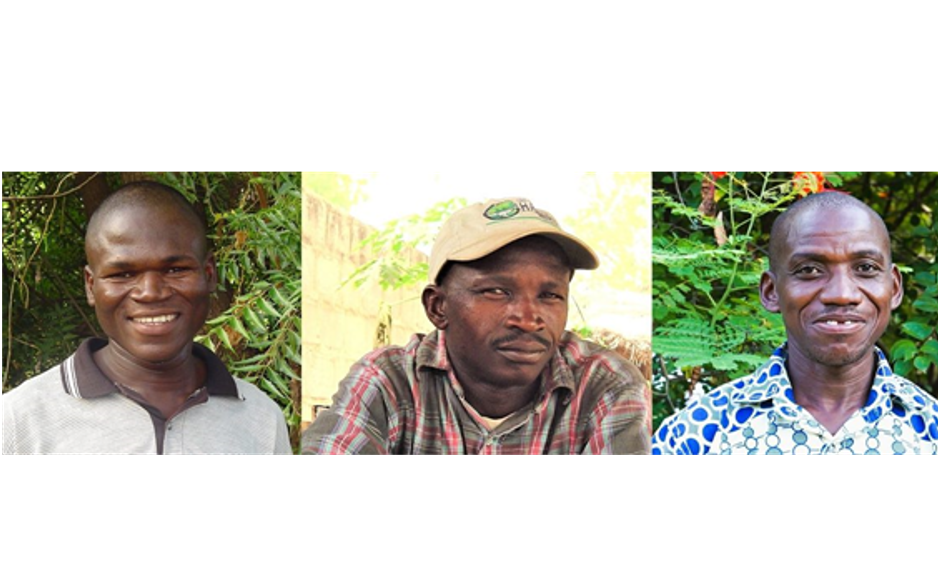 The Lord has raised up dozens of faithful Loron men and women who serve Him through various ministries in the Loron church in Ivory Coast. Paul and Marina Briggs praise God for all those involved in evangelism, Bible teaching, Bible translation, church leadership, children’s work and literacy.

Three men in particular have been actively involved for many years in numerous aspects of discipleship and church leadership.

J is an evangelist, Bible teacher, church elder and literacy coordinator. He also teaches a weekly ladies’ Bible class and actively participates on the Bible translation team. He regularly visits other Loron churches in the region, bringing help and encouragement to all who need it. He is very busy.

D worked for several years as a literacy teacher, and about a decade ago, he took a three-year course at a Bible institute in northern Ivory Coast, where he excelled at biblical languages. He became the teaching elder in the village church, and more recently has been the leader of the indigenous Loron Bible translation team. He has become a proficient Bible translator and huge asset to the translation work.

M trained to become a literacy teacher, and for many years was responsible for the literacy course in his village. His nephew has now taken on that responsibility. M is the teaching elder in his village and is involved in evangelism and church planting in other Loron villages.

Pray that the Lord would guide, protect and bless these men, and the many others who are involved in the ministry of the Word among the Loron people.

Praise the Lord for the completion of the translation of the books of Hebrews and James last month. Over 90% of the New Testament has now been translated into the Loron language.

Pray for Bible teaching which is taking place in a new Loron village. M is the main teacher, with others helping as they are able.

Praise the Lord that the new commentary on the book of Galatians is ready to print. The internet connection to the village has worked very well over recent months, enabling the checking of the draft to be completed.

Pray for the final preparations of 1 & 2 Peter and 1, 2 & 3 John. A Bible translation consultant is scheduled to check these books in August.

Praise the Lord for the Scripture portions that Paul and Marina have been able to print for the Loron believers. A former missionary colleague has offered to take a suitcase full of these books to Ivory Coast for them in June.

Please be praying for the protection of the Loron, and other people groups in the region.

Thank you for your continued prayers and support for the work among the Loron people!