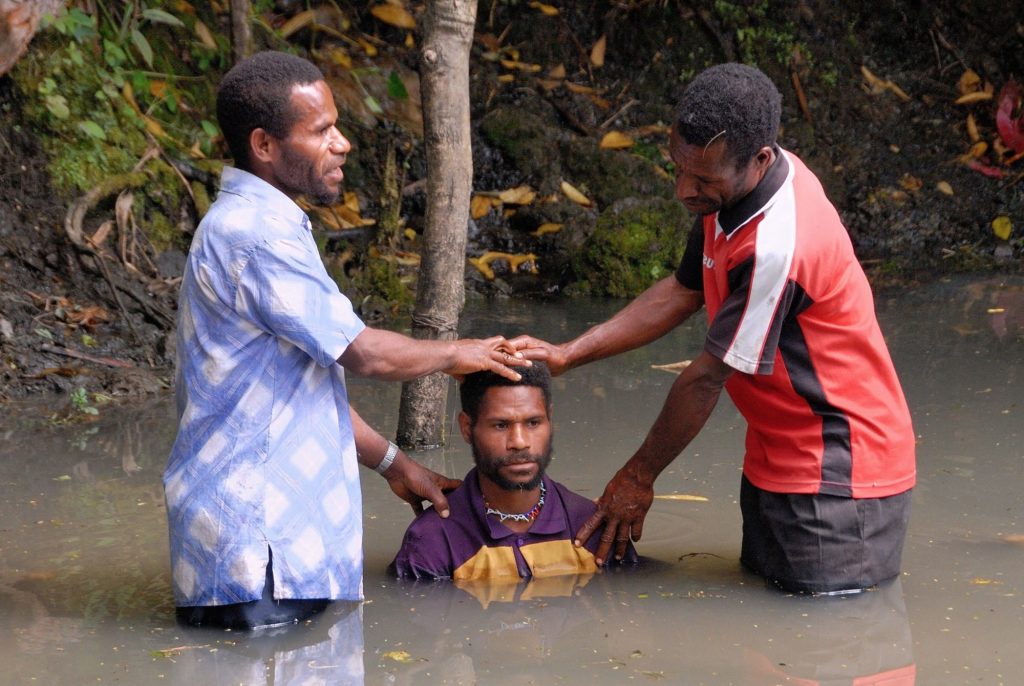 Ralf and Elli Schlegel with Naomi, Rebekka and Mimi  recently heard some exciting news about a neighbouring village to the one where they serve as missionaries among the Dinangat people of Papua New Guinea. God’s Word was being taught chronologically to the youth. Well, that Bible study finished in December and 19 young men and women now believe in Jesus as their Saviour and expressed their desire to be baptised! Praise the Lord, in January all of those 19 young people were baptised. Pray for those young people that they would grow strong in their faith and that they would stand firm on the truth of the Word, which they have just heard!

Another excitement is that another small neighbouring village has expressed great interest in also hearing the whole story of God chronologically in their own language. That is a great open door and now needs some faithful men and women to go there and teach. Pray that this village will also get to hear the Gospel soon!

Ralf and Elli have exciting family news too. Their daughter Rebekka is engaged and plans to be married by the end of May, pandemic-restrictions allowing. Ralf, Elli and Mimi would like to return to PNG in June, right after their wedding. Please pray because if the wedding is postponed their departure will be as well. God knows and He is in control, it is all in His hands!