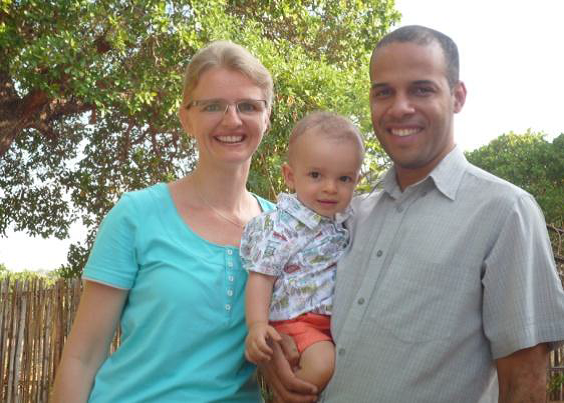 Fernando and Tabitha enjoy their work at Rapale International School (RIS), the friends and colleagues they have around them, and their little home! They’re in a stage of being happy, comfortable and settled… But they want to be sensitive to God’s leading and said they’d be there for as long as God wanted.

Over the past months God has been challenging them about change. He’s started working in their hearts since Christmas and through colleagues, verses and circumstances confirmed that He would have something new for them. Fernando and Tabitha considered various options, but the urgent need that they had heard about for teachers at the MK school in Brazil (Puraquequara) became predominant. They are looking for science, physics, chemistry and mathematics teachers, exactly the subjects Fernando and Tabitha teach. Immediately they felt at peace about taking the step to change ministries from teaching at RIS in Mozambique, to teaching at Puraquequara in Brazil.

Fernando and Tabitha are thankful that God has provided several new teachers for RIS who can take over their roles and a young family is happy to move into their home. Fernando and Tabitha have seen God orchestrating the timing and details of their move so far and look forward to His continued faithfulness in the rollercoaster of emotions and transitions that they are in.

Other exciting news is that they are expecting again. A brother or sister for Daniel is due the beginning of January.