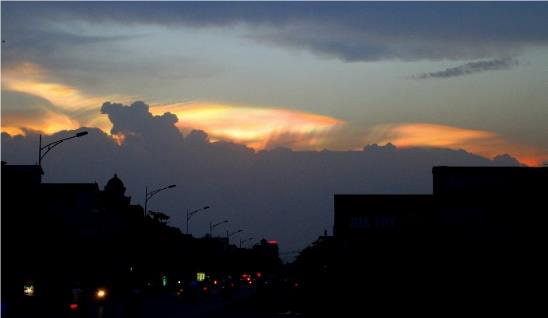 From there they moved on to visit their son and daughter and their respective families.
It really was a refreshing break for Norman and Bobby and a blessing to spend time with their kids and grandkids. They enjoyed helping out with practical jobs around their homes and just being able to do things together. They took advantage of the many walks in the mountains and around lakes.
On their last Sunday Norman and Bobby had a special day as they witnessed two of their grand kids getting baptised at their church. It was an encouraging touch from God as Norman left for Asia and Bobby later returned to N. Ireland.

Much of Norman’s time in Asia will be spent travelling around different regions. He has already visited areas where ethnic minority groups live. Then for two weeks he had opportunity to teach a group of lay church leaders through Creation to Christ.
It was encouraging for Norman to see their willingness to spend time away from families and work as well as their enthusiasm to learn. In the hot afternoons when they had eaten lunch each would make sure the others were not ‘drifting off’ and missing any of the teaching. Sometimes they’d see one of them poke another to keep him alert!
Watching a spectacular sunset one evening reminded Norman that the Eternal God is in control of every part of His world, He has his people everywhere and He cares for them.

Over the rest of this month Norman will be making trips to two other countries and will have three days of leadership meetings before he returns to N. Ireland at the end of July. Both Norman and Bobby would value your prayers for all the things God has given them to do and especially for those times when they are apart.