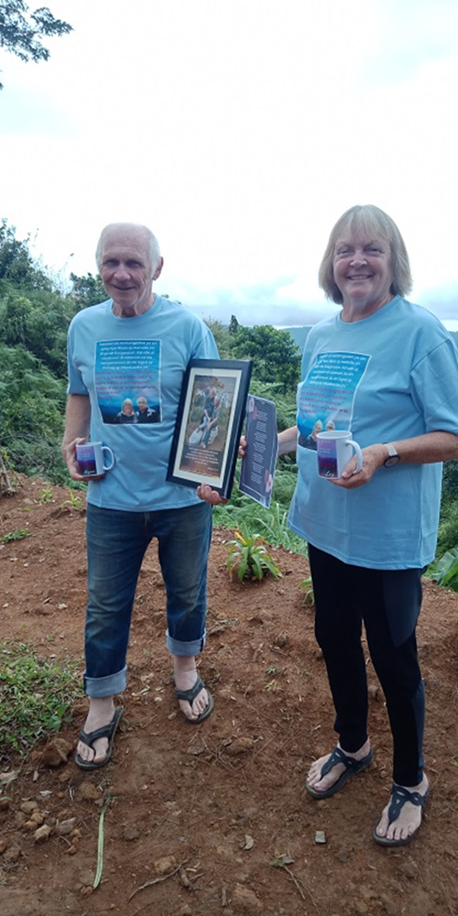 During lockdown, before leaving for home assignment Ragnar and Elizabeth would take their daily walk around their neighbourhood in the Philippines and begin to get to know the people who lived about an half hour walk down the mountain. As people were sweeping their yards or feeding their chickens, slowly the smiles turned to short conversations allowing Ragnar and Elizabeth to get to know many of the people.

It was not long before a man who spoke Kankanaey, asked them if they would be willing to have a Bible Study with his family and friends in his neighbour’s yard. When restrictions allowed, Ragnar and Elizabeth began, at first with a handful of people but slowly more companions and relatives trickled in over the following weeks. It was wonderful for Ragnar and Elizabeth to see them engage as they went through the Bible chronologically each Friday and Sunday night.

Although they had hoped to move to Nayba by that time, they can now understand that God allowed the delay, giving them a wonderful opportunity to share His precious Word with those who were hearing it for the very first time. Their attendance was steady, questions were priceless and their attention uninterrupted.

Ragnar and Elizabeth are very thankful for the awesome opening that just dropped in their lap. When the time eventually came for them to move over to Nayba they were so thankful that one of the believers was more than happy to continue leading the studies. He, along with a few others are faithfully keeping Ragnar and Elizabeth up to date with how things are moving along. A recent message stated, “A group of baby believers is meeting each Sunday. The first week there were 39 in attendance. There is also a young people’s group and ladies meetings.” Praise Him for the work done in so many hearts.

Ragnar and Elizabeth are waiting for an opening to return to the Philippines.