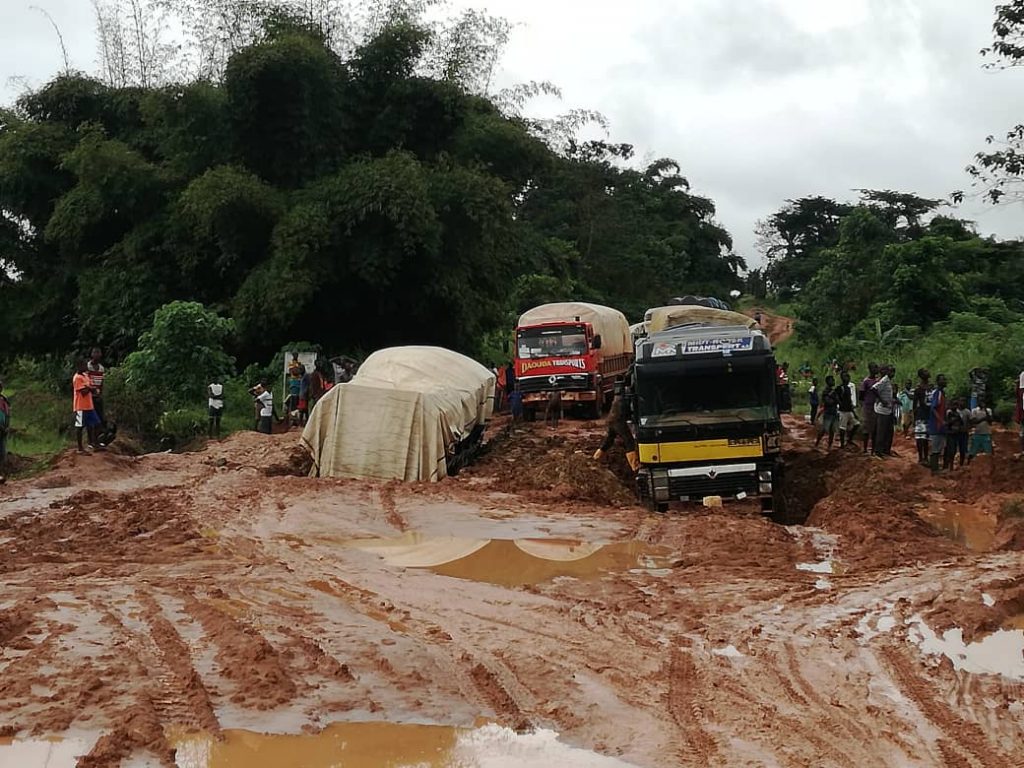 In spite of the corona virus, Aaron and Amy Speitelsbach, who are serving God among the Glarro in Liberia, West Africa are thankful that they were able to see lots of friends and family in Germany, and were really encouraged through the fellowship and the support they gave them.

Their flight to Liberia was rather uneventful. They bought some supplies in Monrovia and then travelled to the village. They made one more stop to visit a friend; Aaron was helping to add some solar panels to her house.  From there, it still took them two full days by car to arrive in their village. Yet they are glad they made it through, as the approaching rainy season has started to deteriorate the roads.

Now in the village, Aaron and Amy will take some time to greet everybody, and get their house liveable again. Aaron plans to install a new signal booster, to try to catch a 3G signal from Ivory Coast. Later this month they will go out to an airstrip where they will plan to have frozen goods and solar panels delivered by MAF. They hope to be able to resume making Bible lessons and teaching literacy soon after they arrive. Pray that Aaron and Amy have a good transition back into a routine of life and work in the village and that they will find or make time to spend with the Lord in a seemingly overwhelming schedule ahead.

Thank you for your prayers for Aaron and Amy and the Glarro people.