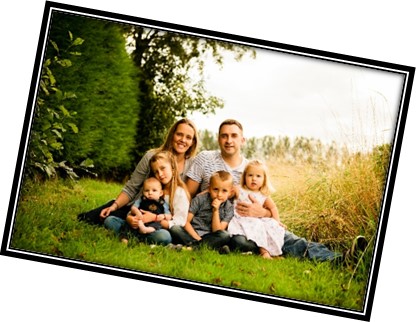 Annika’s parents, Sonni and Julie Poulsen, have also joined the teaching staff at New Tribes Mission, North Cotes and it has been wonderful for Simon and Annika to have them around and see the kids interacting with them. Nya and Noah missed out on a lot of that in their younger years so the family are enjoying the time they have together. Thankfully they are not too far away from Simon’s folks in Northern Ireland either but it is still hard to find time to get together, they would love to be closer!

Nya and Noah are settling well at North Cotes village school. It took a couple weeks for them to make friends and enjoy it but they are doing well and have even asked if we can stay here forever as they don’t want to move again. The house Simon and Annika are staying in is set in farmland and has loads of space for them to run around and play outside which has been a huge blessing! Karis is now attending the New Tribes nursery and enjoying learning colours, shapes, etc. and making many new friends from all over the world. A good practice for the future! She is due to have a thorough CT Angiogram done in Glasgow sometime in the next couple of months so Simon and Annika would appreciate prayer that everything will go smoothly and there will be no concerns. Karis is the picture of health and Simon and Annika will be forever grateful to each and every one that prayed for their little girl from day one until now.

Things are going well for Simon and Annika at the college. Due to some unforeseen circumstances Simon has been given more classes than initially he had planned on but is enjoying it thoroughly. He has just finished up teaching ‘Doctrine of God’, will be starting ‘Doctrine of the Holy Spirit’ in a couple weeks and will follow on with Bibliology before Christmas. Please pray for him as he studies and prepares these lessons for the students that everyone will be encouraged in their walk with the Lord. Annika is helping out in a few small ways at the college but is mostly kept busy at home with the four kids. They love the interaction they are having with the students that are attending the Bible school this year. What a great opportunity to be able to challenge them towards the work of reaching the lost! Pray for these students, that many will be challenged with the need of going to the ends of the earth to see lost souls saved.
Simon and Annika are still looking into the possibility of going to another area of Asia-Pacific in the near future. They will be having some “chats” with the field leadership via skype over the next month and Lord willing this will help Simon and Annika in their decision making process. They are hoping to come to a final decision before Christmas so please pray that the Lord makes the way clear and that that they will be open to His leading. Simon and Annika’s hearts are still in church planting and they feel eager to GO. Once the decision is made it could take some time to get visas, pack up, etc. so they would appreciate prayer for all of that!
In a way Simon and Annika feel like they are starting out all over again so they would appreciate prayers for a decision to be made so that they can start moving in the right direction. Pray for their kids too, after moving is getting harder on the older two now so please be praying for them with all the upcoming changes, that they would settle well and be excited about the reason they are going. As Noah (6) said a couple nights ago “You mean people die unless we go tell them about Jesus? Then we need to go now!” Amen!