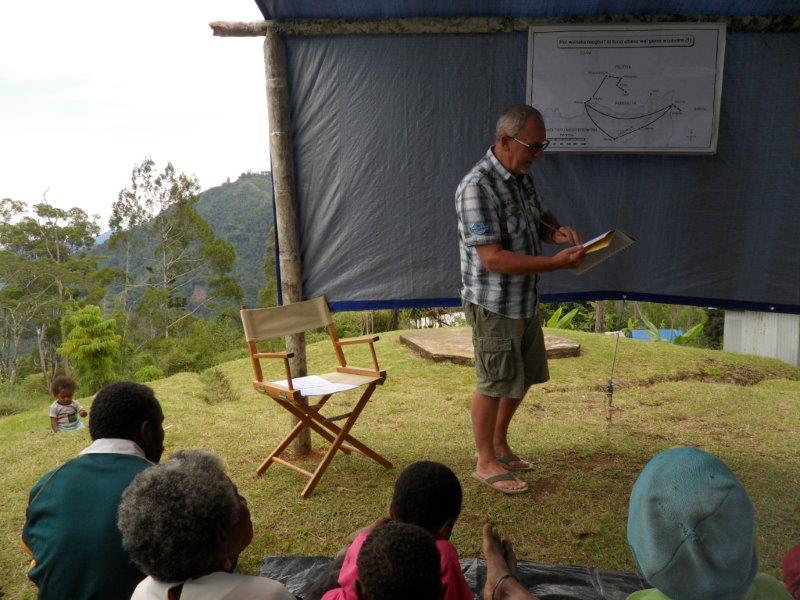 Paul and Susan recently had a phone conversation with a dear Gende brother. He wanted Paul and Susan to pass on greetings to you all from the believers there and thank you for your prayers.
He confirmed that he and his brother-in-law continue on with the teaching among the believers on Sundays. They meet on the cement pad near Paul and Susan’s house or into a house if raining.
Sadly the four people from a Gende hamlet who professed salvation in September are no longer coming to the meetings on Sundays. Three times they have been visited to try and encourage them, without success. Until Paul and Susan get back they won’t know the reasons. It is not uncommon but still grieves them each time. The rest of them are all doing well and continue to meet together. Pray for an old man who is now unable to get to the meetings. Also pray for one of the older boys from the fellowship, 19 years old, who has been part of Paul and Susan’s daily lives since he was born and has been faithful in attending meetings since things began in 2004, he has now gone to finish his schooling in the capital city. There will be many new things to distract him and it won’t be easy if the family he is staying with don’t take him to a church.