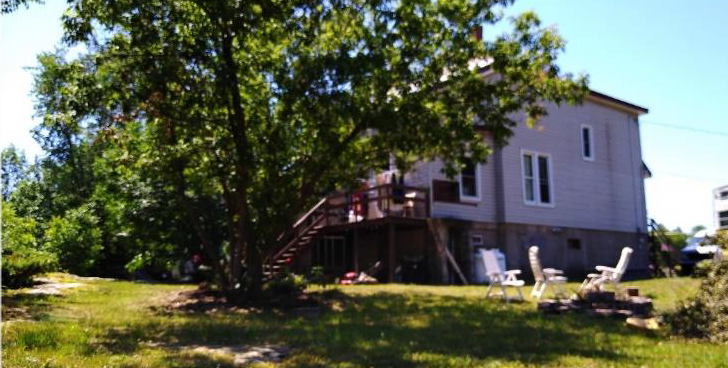 Daniel and Nicole Noort with David have been applying for a rental home in order to minister to the First Nations people of Canada. Rental facilities are very hard to find in their target region.

The area is known for its many cottages and the last few years the economy has been struggling. Now due to Covid-19 people want to move out of the city, which is only two and a half hours away and prices have risen.

They applied for a brand-new home although it was expensive, and the location would not be their first choice. But, “the way of man is not in himself: it is not in man that walks to direct his steps.”

God had other plans. The property owner for the new house did not accept them. So, back to square one.
In the meantime, the opportunity arose for them to receive a donation of furniture, enough to fill a house. They were very thankful to the Lord but still had no house to put it in?

They asked for a collection date for the furniture, which at the time was about two weeks away, and again prayed to the Lord for a home. They also prayed not to have to drag the furniture to the Ethnos campus first and then later haul it to the next place.

Daniel tried an estate agent that they had spoken to at the beginning of the year. Within an hour, he received a reply that there was a house available. They set up a meeting and went to view the house. The location is great. It is in the middle of the region where they want to work. It has a big garden. However, as they went inside the house, they could smell it had been empty for quite some time. The house needs a lot of work, but they really liked it. Because of the state of the house, they could get a good chunk off the rent price. They made a deal that they will do some of the renovation and cleaning, and the property owner will pay for the material. They have the time for this since most of the reserves are still closed to outsiders.

They were able to move in the furniture on the set date of the collection! Praise the Lord!

That was June 24th. The days after were very busy organising the house, cleaning, doing repairs to make it their home.

Daniel, Nicole and David say, “Thank you, Lord, for directing our steps!”

Keeping the best news until last, a few weeks ago, David shared with his Mum and Dad that he wanted to be baptised. What better gift can a father receive on Father’s Day than the opportunity to baptise his own son in the name of the Father, Son and Holy Ghost! God is good all the time!

Praise the Lord for: