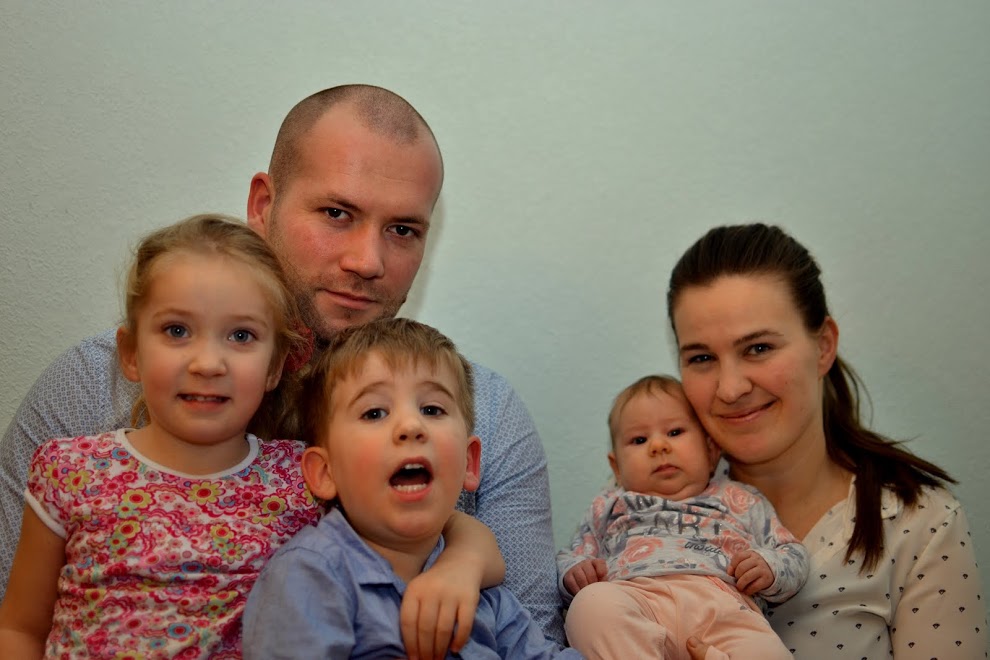 Erwin spoke Spanish for the first time in public. He gave two talks each lasting twenty minutes and it was a challenge but greatly enriching in terms of language and getting to know the different pastors and members of other churches.

A “cultural event”, which Erwin would have rather not experienced, was a small accident. In the car park of a supermarket, someone hit his car. The damage was minimal, but the whole procedure was initially very challenging. But thanks to God and with the help of their guest father, Erwin was able to learn a lot from this cultural event and in the end the insurance claim was settled by the other party.

Birthdays in Paraguay are very important, the first birthday is especially so and often people go into debt. Erwin and Rita tried to keep Ben and Hannah’s birthday simple and only celebrated in the school.

Before Erwin’s youngest sister came to visit them, they went to Filadelfia (5hrs north) to for a week in help with a housing project and visited a tribe they had not seen before. Necessitating another long trip (5hrs northwest), although their time there was short it was still worth it. The Manjui who they visited, have had missionaries living among them for several decades and have only recently become more or less independent. This people group live in very primitive conditions, but the Manjui want to live that way. The missionaries. Primary concern is to present to them the God of the Bible and translate the Bible into their language, not to change their lifestyle. Thankfully, In Paraguay, other organisations are concerned with promoting better living conditions.

They really enjoyed Erwin’s sister Jojo’s, visit; having a part of their family with them in Paraguay for five weeks was special. Most of the time she just experienced their normal everyday life but on a couple of weekends they went on some trips. For instance, they showed her the waterfalls in Brazil and Filadelfia, where she could also see some tribal settlements.

At the end of September, Erwin and Rita were able to participate in their church‘s youth camp which unfortunately ended with a tornado-like storm on the Sunday. However, their return was delayed until Monday as the roads were largely blocked by fallen trees and power lines. They are thankful to the Lord that nothing happened to anyone from the camp. Sadly, a short distance away a tree fell onto a roof and killed a man.