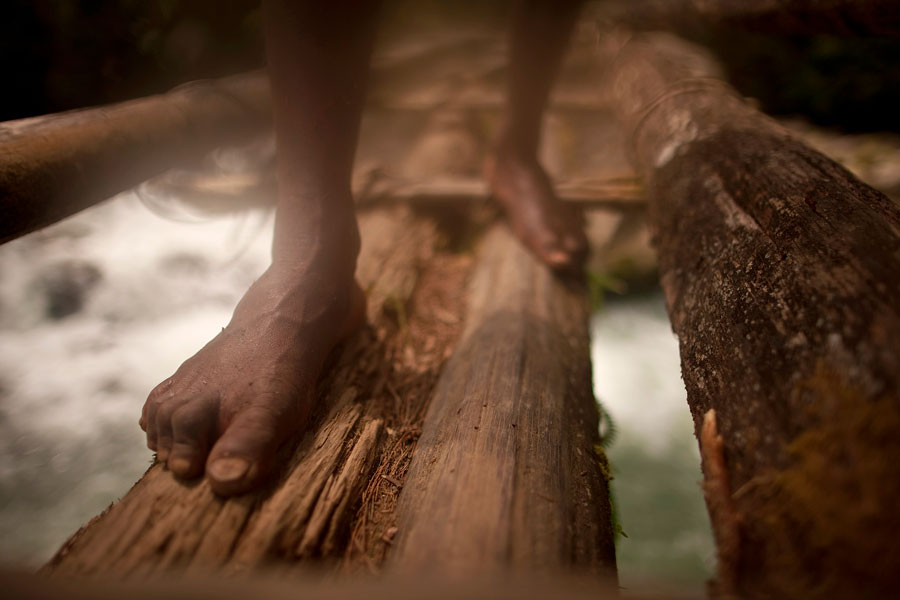 Earlier this month Benjamin and Missy Hatton and their co-workers met with two experienced curriculum developers who work with the Patpatar people and the Beim Islanders. During their visit to Amdu they brought their expertise to bear in evaluating the curriculum that has been produced so far and offered many helpful insights. It was an encouraging two days that revealed that they have lots to be thankful for and some important things to tweak so that each lesson’s main objective is crystal clear.

Perhaps the most encouraging thing was the response by their small Amdu audience who listened to Benjamin and his co-worker teach some select lessons. They were very attentive and said, “Now we are hearing this in our own language. We are going to understand it. It will be clear to us!” The exposure that the Amdu people have had to the Bible and organised religion in the past has left them with more questions than answers. No one has ever told them the whole story clearly in their own language and in the context of the traditional beliefs into which they have been born. That privilege is going to be theirs. It was great for them to see the ‘test audience’ so keen to listen!

Before the consultants left they discussed what needed to be done before they begin regular teaching. The first recommendation was to get all the lessons written before they begin. This will give them time to be available to hang out with their friends, and discuss what they are learning once teaching begins. The second recommendation was to make sure and produce no fewer than three lessons a week from now until they are all done. Initial plans for a November 2019 start of formal Bible teaching in Amdu have been adjusted to February/March 2020. While this feels somewhat like a let-down to them, it is an answer to their prayer for specific direction.

Pray with them as they seek to prepare the hearts of their Amdu friends for the Gospel through conversations and interactions, that God would give them wisdom in turning each conversation towards ultimate questions. They know that God is at work in this community to prepare hearts for His Good News.

With a new target date and a list of tangible short-term goals, they feel like they are back up on top of the bucking bronco instead of down underneath it! Pray for Benjamin and their co-worker as they simplify their lesson objectives and write lessons. They have another 50 lessons, or so, to develop. Pray for Missy and their co-worker as they keep pushing translation forward.

Thank you so much for praying for Benjamin and Missy and team, and for all that God is doing among the Amdu people of Papua New Guinea.