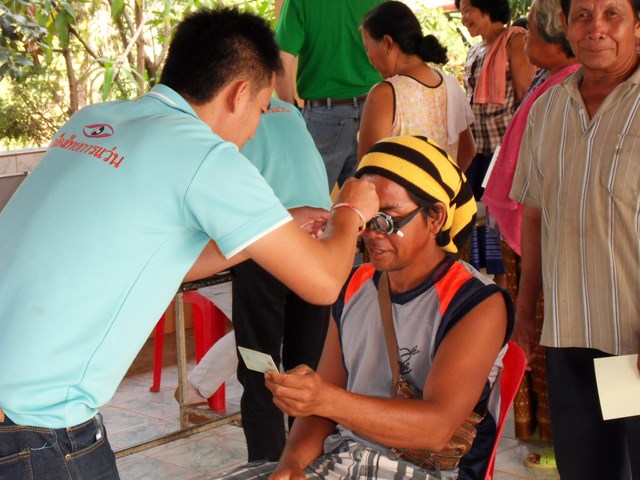 At the moment, Martin’s progress is slow as he hasn’t had a lot of practice. People who have written lessons before say it gets easier the further along one progresses in the lesson writing. Another reason for Martin’s slow progress is that the missionary team were putting a cultural theme paper together. That means after years of culture study they were able to see what is really important to the people and what drives them. By summarizing the whole thing they can now see what themes need to be emphasised with the teaching. Martin and Christiane are thankful the Fullers are back from their home assignment. Pray for the Fullers as they left both of their daughters in the USA. The girls are doing very well and studying at the same university, and it’s hard to believe that their first year is over very soon. Perhaps when the Fuller’s house seems too quiet, Martin and Christiane need to send Sam over to make all the noise that little boys can make!
Something else that they have done together as a team was different foundation projects. One of them was giving out glasses. They would set up in the morning so that the people could sign up and then the eye doctor came out to the village and measured the people’s eyes for the right prescription. Five days later the eye doctor returned with the glasses, and they could hand them out. About 50 people got a pair of glasses. Some people were really excited and could hardly believe how things suddenly became clear.
The two other projects the team are working on right now are raising crickets and catfish. The missionaries help with providing building material and little fish and boxes to raise the crickets in and the cricket eggs. The people that raised them last year are excited to start again (they had to stop for a couple of month because it was too cold to raise them). In case you’re wondering what they raise them for, the Isan people really like to eat crickets.
Martin and Christiane recently celebrated Sam’s kindergarten graduation. In May he will start with first grade, but before that they have two month of school break. He’s looking forward to a lot of play time with his friends. He has three good friends who hang out at their house a lot or whom he goes to see at their house.
At the beginning of April, Martin has another consultant trip planned. He has to do two language evaluations in different parts of the country. Martin always enjoys spending time with missionary friends in different areas and seeing what and how they are doing.
After that, there are no trips planned for quite a few month, so Christiane can keep on working on language and culture studies, and Martin can work on his lessons.