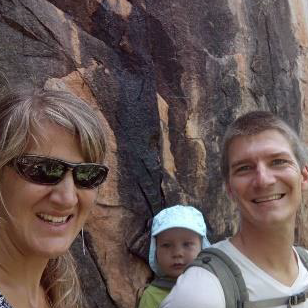 Philip and Natalie Hansen and the team preparing to go to minister to the Kovol people of Papua New Guinea have all decided on their house plans, ordered a solar-powered electrical system along with some plumbing items and appliances. A couple of builders have helped them to put together a list of materials needed to build their houses. Once in the village, supplies and food will normally be flown in once every four months by helicopter.

The three men in the team flew to Madang last week. There are some road access points that are closer to Kovol where they hope to do the helicopter shuttles from to be more cost effective. For that reason, they need to build relationships with landowners that live there and make agreements for using their ground for helicopter shuttles. While in Madang they also needed to get quotations for the material they will need to build their houses. It took them a full week to finish everything they had planned for this trip to Madang.

This month the team are planning to spend a couple weeks with the Mesi believers (church next to Kovol) to learn from and connect with them and the missionaries there. Then the three guys will hike over and visit all the Kovol villages, letting them know that they are coming and considering which village they should move into and build their houses.

Many things still need to happen before they can move in. A land agreement regarding where they will build their houses will need to be established. They may have to mill their own lumber, as well as flying material in to begin building their houses. Philip and Natalie are unsure how far they will get before they will have to leave for Germany for the birth of their next child. The team will continue with moving in without them, but it is hoped that they can join them a couple months after the birth of their second baby.

Philip’s dad, a former missionary in PNG, said that one of their core values in the team was, ‘Love covers a multitude of sins.’

Philip and Natalie want to keep that in mind too as they work closely together as a team. They all have their faults and differences that will be a challenge to each other, but they want to see their co-workers succeed and in humility with love put each other’s needs above their own personal desires!