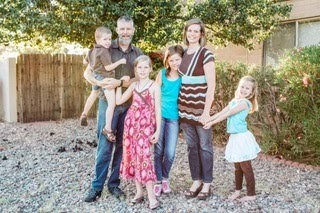 In the first village where the Mibu church took the Gospel there were a good number of believers, but sadly, many struggle with their identity as God’s people, Christ’s bride, separate from the rest of the world around them. While they are putting their trust in what Jesus did on the cross to save them from their sin, they have failed over the years to identify themselves clearly as a different group from those around them who still adhere to the old way of thinking. They know that the old way is faulty. However, they have been hesitant to stand up against it when it comes around to claim them as its participants. While the believers still live with them and work together with the others in daily life, they have always been hesitant to clearly indicate that that old way of thinking and the religious activities that surround it are no longer what they identify with. They continue to succumb to pressure to participate in those religious activities and the group that maintains them. They compromise with those who still hold the former way of things. Because of compromise, and not making a clear point of distinction, when the church starts to stand up, and start to sink their roots into the life-giving Truth of God’s Word, the unbelievers around them are able to threaten and influence their decisions so that they remain a mixed group.

In the last six months, the team have seen the believers take some small steps. For example, the church now meets together in their own little hamlet. But right now the church is being pressured to show their support for the religious activities that would confuse their identity in Christ, blurring the line of distinction that marks out God’s people as holy and wholly devoted to His worship alone.

Until they end this compromise, they will unwittingly find themselves with their feet planted in the space of non-committal, one foot in each world. Right now, the leaders of the church are indicating a desire for separation. They are asking for help from the leaders in the Mibu church to join with them and help them stand strong as they explain why they are no longer participants in these things, and why they do not identify with those activities and those old ways of thinking. Please remember them in your prayers over the next few weeks, as they are hopefully able to graciously, yet firmly, stand their ground.