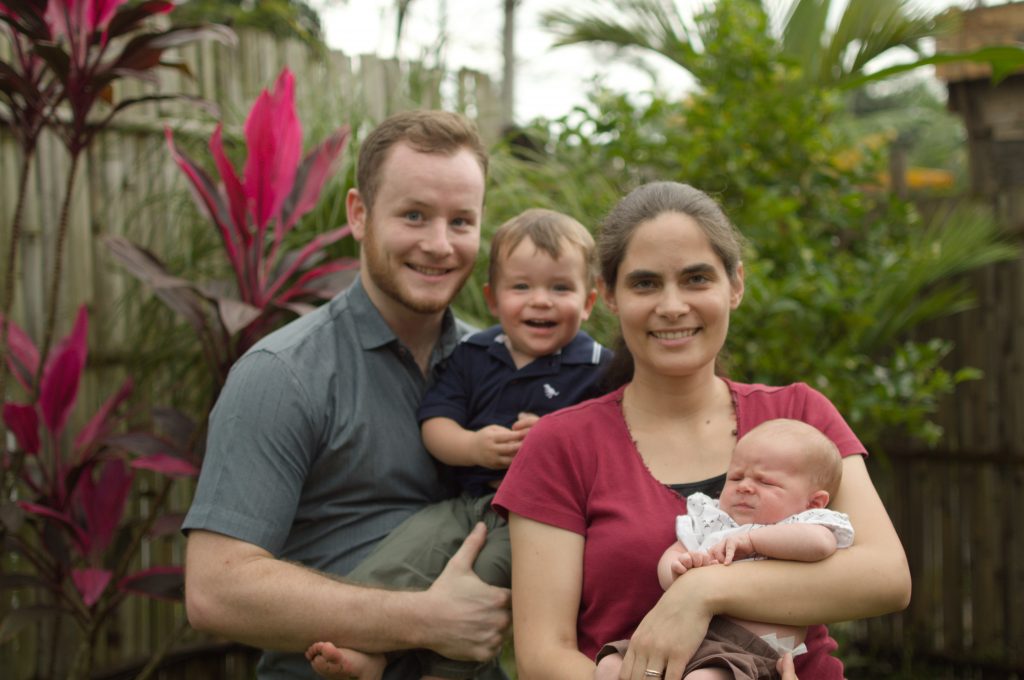 Some of the lockdown restrictions are easing in Asia-Pacific where Ben, Tabea and family serve. The overarching motivation for language and culture study is communication, and the reward for the hard work is often the relationships that would otherwise not have been possible without the language. It has been hard for Ben and Tabea to stay motivated to learn language as the lockdown had taken away most of the opportunities they had to communicate with the local people. At times they felt as if they might as well have been in England, as they were doing their sessions online anyway! They are thankful for the progress that they have made.

Even as things open back up again, they still need to be extra sensitive. Direct neighbours are more comfortable with them and the children can play with their little friends.

More and more they realise that no matter whether they can speak the language or not, they will always be treated differently and that is ok, it is still possible for them to build trust with people they see regularly and who will start to see that they are just a normal family.

Ben and Tabea are also starting to realise that the national language is not really the mother tongue for most people. Where they are currently living most people speak another language at home or amongst neighbours and the national language is mostly used more in formal settings, like at school or at work. They are looking forward to being in a tribe where they will learn people’s heart language. Pray for continued motivation for language and culture.

Recently Ben and Tabea have noticed some signs that they might be going through culture shock and are thankful for, and need to remember that their identity is in Christ. At times they feel between cultures, not able to 100 percent identify/fit in with any of the cultures. However, at the end of the day, this world is not their true home and who they are is not just English, German, or Asian, but children of God. The Lord sees them through His Son. What He thinks of them is more important than what others think of them or even what they think of themselves.

Please pray for Tabea and one of the children’s visas.

Pray for Ben and Tabea as they consider future ministry locations. They have had opportunities to talk with the leadership in a few regions via zoom about potential ministry opportunities. The problem is that there are so many needs everywhere and they feel torn between them. The harvest is plentiful, but the labourers are few!

For now, they need to continue gathering information, get to know some other families that might become co-workers and plan a visit when possible without quarantining themselves for too long. Pray for decisions regarding which region and co-workers.

Pray for labourers in the harvest field!