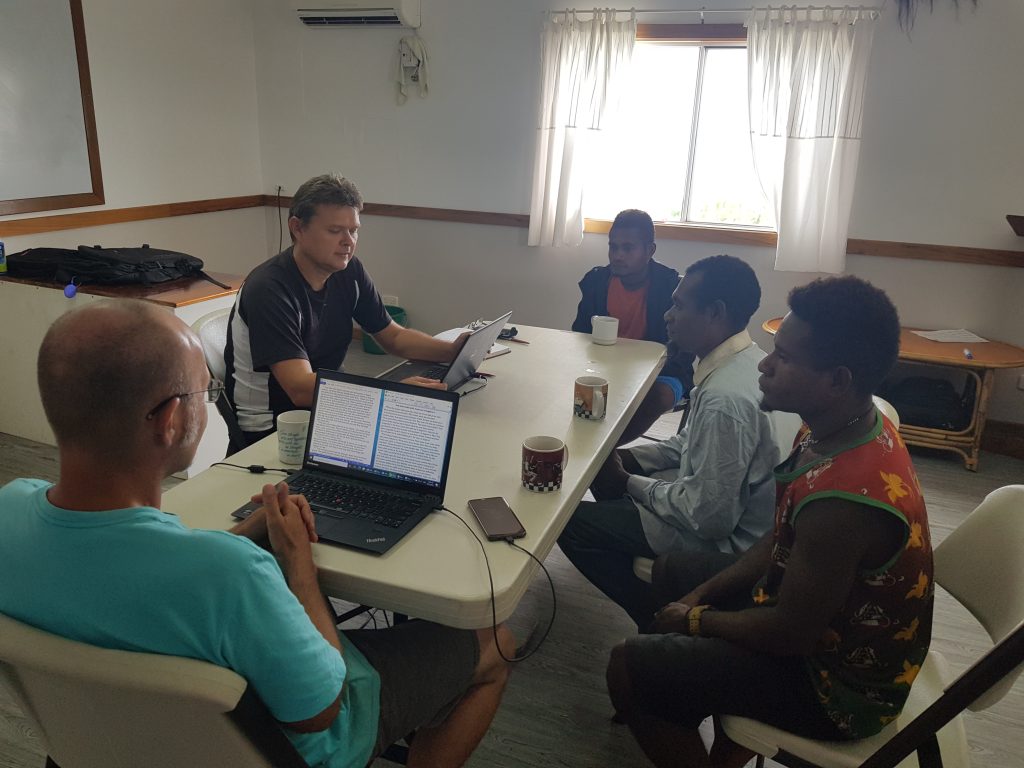 The Sorimi translation check has been completed!

Yes, everything that was planned to be accomplished, if possible!  It was very busy and tiring for everyone, but completed at least one day ahead of schedule as everything went so well.

Two people passed away in Sorimi:

A man who has believed for many years and who until recently he helped on translation checks. He had a lovely personality and has been greatly respected in the village, so will be missed by many. There was great concern over his health lately.

An elderly lady, a believer, quiet but with a great heart, recently became unwell, but this death has been a shock. She is related to the two language helpers, so this is hard on them.

Death no longer holds a fear over them. Though there was much sorrow, amidst this was a clear peace because of their joyful Hope in Eternity!

Back in the UK, Carol also had a sudden health problem. She really missed not having Poul, but felt the Lord calm her heart. She is so thankful for supporting family and friends.

This week the three men that helped with the check returned to Sorimi. Two other men flew out to do other translation draft work with Poul for three weeks. Pray for Poul, he is tired but finding God’s strength for each day.

The Sorimi believers are so grateful that many are praying for them and the church!