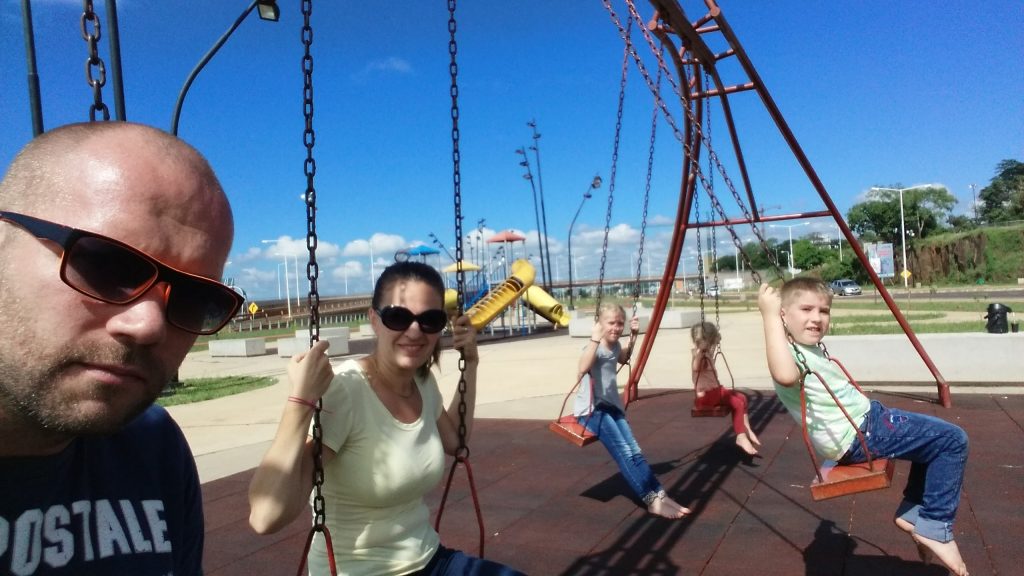 In less than a month Erwin and Rita with Hanna, Ben and Lia will be in Germany! There’s still a lot of work to do, but they still have time to look forward to it.

They talk about ‘home assignment’ daily with their children and they are looking forward to being in Germany too, especially spending time with their grandparents. Erwin and Rita also associate their anticipation with the reunion of people… of course, they have missed other things but mostly their families and friends!

After home assignment Erwin and Rita Penner and family were preparing to move to a new location in Paraguay but plans have changed.

When Erwin and Rita return to Paraguay from home assignment in Germany at the end of September, they will stay in the capital. The mission leaders asked Erwin to help out with administration for at least one year, because one of their co-workers is going on home assignment for a year. This would allow Rita to finish her language and culture study and the children to have one more year in their familiar environment. Another positive aspect is that their Spanish can solidify, for which they have invested so much time, because in Filadelfia where they had planned to move to a lot of German is spoken (because of the Mennonite colonies), among missionaries English and with the tribal people a simple Spanish. Also they feel very comfortable in their host church and can invest another year in it! So, they are able to accept this change of plan from God’s hands with thankfulness.

With God’s help, Erwin has finished his language and culture studies or rather, he has reached the level required to start working with an ethnic group. It is never really finished, because there is always more to learn. Rita is also making good progress and she’s only two more steps away from reaching the required level.

Erwin and Rita have a lot of paperwork and packing to do before they leave.Also obligations await them in Germany, where they will give presentations/sermons so they are already making preparations for this too.

They would be very grateful for your prayer support in these last weeks in Paraguay. In these hectic times, they do not want to neglect their children, church and friends but give glory to God in the everyday things of life!