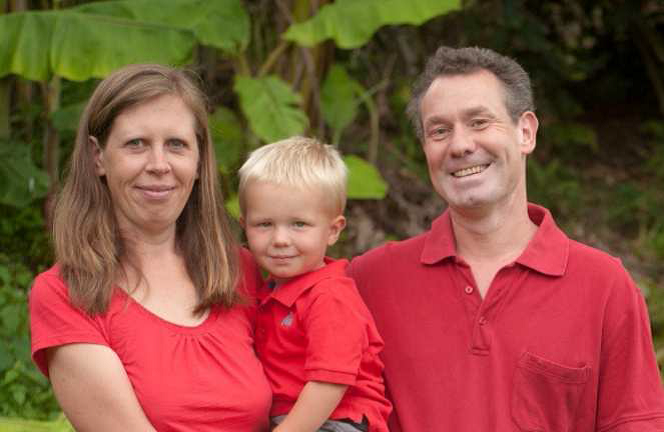 One Bible teacher gladly agreed to teach them. In October he finished the course. Praise the Lord for five people who have put their trust on the Lord Jesus Christ for salvation. Very soon this Bible teacher will finish teaching them another course that emphasises their new life in Christ and he will continue to teach them from the book of Acts. Meanwhile he has an invitation to teach the same Bible course in another village.
Gerolf and Mailis find it wonderful to see people being hungry for clear teaching from the Word of God. Most of the Dom people have some Bible knowledge, but it is not complete and often mixed with superstition.
Pray for the salvation of the participants, for the new believers and also for the Bible teacher who has a lot on his plate right now. He is also the chairman of the committee for the Fellowship of National Bible Churches (FNBC, the local churches that have been started through the ministry of New Tribes Mission in Papua New Guinea) in Chimbu province. And he has a family to take care of as well as helping with different things in the church in their village. Another big event in the Dom church life took place in November when a ladies conference for the FNBC churches of the Chimbu province brought together about 80 ladies and teenage girls.
At the beginning of December, Gerolf and Mailis had their Culture and Language Acquisition (CLA) consultants visit them to check Gerolf’s progress again. This time he was asked by the consultants not to use Pidgin English any more but Dom only, which is a good sign! On the other hand it means that he won’t be teaching once a month on a Sunday. They are thankful that two new Bible teachers were trained earlier this year who are now capable to take turns in teaching in the little church.
Gerolf and Mailis have some more special news to share – in July they will welcome another child into their family! They are so very thankful to the Lord for this precious gift (and good pregnancy so far)! This means that they are already making plans to spend some time in their home countries. God willing they’ll leave PNG at the beginning of May, take three months of maternity leave and six months of home assignment and return to PNG in February 2016. They praise the Lord for the very quick provision of an apartment and vehicle for their time in Germany and are still praying for the same in Estonia.
Gerolf and Mailis’ co-workers’ plans have changed a little bit as well. God willing Jim and Judy will return to PNG in October 2015 (instead of June). Also they have decided not to print the hard cover copies of the Dom New Testament right away. In some other tribal works it has proved useful to print a smaller amount of soft cover copies of the translation first, let people read and correct it and after that print the final copies. Please keep praying for the process of getting it printed and shipped to PNG!