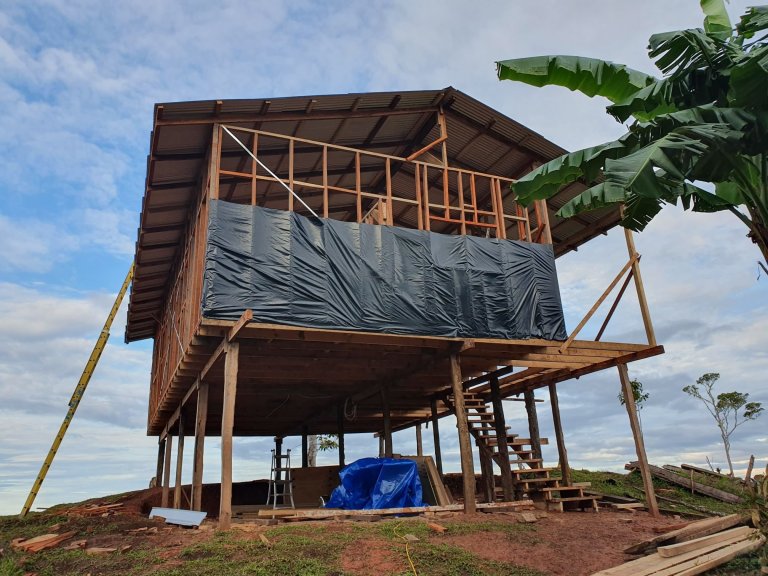 After taking two weeks off the men of the Kovol team returned to the village to start building! Philip was able to join Rhett and Steve (for the first time) as well as Rhett’s dad and two other experienced builders.

This time, as Rhett stepped out of the helicopter, he was filled with a strong and unexpected sensation: he felt he was home! It took him totally off guard. You would think that without a house and wife Stacie, and the boys who are in Goroka, he would simply feel like he was on a camping trip or something, but no, it felt right for him to be there. He cannot wait for the family to join him.

For Steve and Rhett their day-to-day task has not changed. They are still milling this time with Philip too. They got their saw working over the break and borrowed one from another church planting team.

Meanwhile the builders have been…building. By the end of the first day, they had floor joists down.

By day two, the second house was up to the same point. As it did not look like rain on the horizon, they decided to go ahead and start putting a floor down.

The Kovol people are learning how to frame a house. Swinging hammers comes natural to them. Just like that, in one day, the floors and walls were up.

Praise the Lord they were able to get the roof on before the rain came the next day!